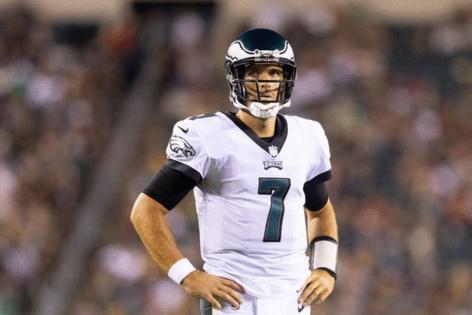 I would have thought differently on draft day, when they were elated to snag the soon-to-be-24-year-old Pickett with the 20th pick.

Now, I didn't think Pickett would get the keys to the franchise on Day 1 of camp, like Joe Burrow in Cincinnati two years ago. But I thought he'd at least get a chance to compete for the starting job, like Mac Jones in New England last season.

Jones — who is younger than Pickett, by the way — beat out Cam Newton, then had a good rookie season and led the Patriots to the playoffs. He is undoubtedly better for the experience. So are the Patriots.

Pickett? He's listed third on the Steelers' depth chart, scrounging for reps behind Mason Rudolph and having zero chance to start the opener in Cincinnati.

And here I thought Malik Willis was the long-term project pick.

Things could change quickly. They did for Ben Roethlisberger in his rookie season. But at least he was a backup to begin the year. For now, it appears there is at least a chance — if the Steelers keep Rudolph — that Pickett will be packed away for his rookie year, not even in position to gain valuable backup reps in practice.

We'll see how that plays out, but we can probably count on this much: Pickett will see his first game action in a Steelers uniform Saturday night against the Seattle Seahawks.

Patriots quarterback Mac Jones is expected to get a second opinion on his high ankle sprain with Dr. Martin O’Malley of New York’s Hospital for Special Surgery, according to Mike Giardi of NFL Network.

MIAMI GARDENS, Fla. — The Miami Dolphins are another day closer to the Thursday night game at the Cincinnati Bengals with uncertainty still surrounding whether quarterback Tua Tagovailoa will play.

Several college football games and one NFL game could be affected by Hurricane Ian this weekend as the storm bears down on Florida.

The Tampa Bay Buccaneers are scheduled to host the Kansas City Chiefs in the NFL’s ...Read More

Offensive diversity is a good thing. You want your offense to have multiple ways to score and gain yards. You want the deep passing game involving quarterback Tua Tagovailoa and wide receivers Tyreek Hill and Jaylen Waddle...Read More

Each week of the NFL season, The Baltimore Sun will rank all 32 NFL teams. The rankings will take into account not just weekly performance, injuries and roster depth, but how well each team measures up as Super Bowl ...Read More

Lamb, one of a handful of Dallas Cowboys receivers to be handed the hallowed No. 88 jersey, played like the receiver the Cowboys need/expect ...Read More