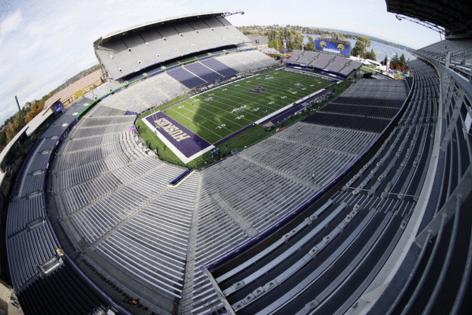 Well, it comes to mind for people of a certain age, anyway.

In fact, it was 50 years ago Friday that the Steelers played the New York Jets in an exhibition game at Husky Stadium sponsored by the Seattle Kings, the organization headed by former Husky Hugh McElhenny that was attempting to lure an NFL franchise to Seattle.

The game was one of about a dozen NFL exhibitions — as well as one AFL contest — played in Seattle from 1955-75 designed in part to help convince the league the city could support an NFL team.

The Steelers-Jets game was the last held before the NFL awarded a team to Seattle in June 1974 (one more was held in 1975 between the Browns and Giants, sponsored by the Seahawks).

Only, as you may recall, it wasn’t McElhenny’s group that ended up with the Seahawks but another ownership contingent headed by the Nordstrom family, which paid $16 million for the rights to what became the Seahawks (Sportico.com last week valued the Seahawks at $4.39 billion).

Ultimately, attendance at any NFL exhibition games didn’t mean a whole lot in the league’s decision to award a team to Seattle, which was far more predicated on having a suitable stadium and ownership group.

But the Jets-Steelers game was billed that way at the time, with McElhenny saying he was hoping for a crowd of more than 50,000 to impress the NFL.

“That would be sufficient sacrifice to satisfy the football gods who will determine which cities will join the league as expansion franchises, perhaps as early as 1974,” wrote Seattle Times reporter Gil Lyons the day before the game.

Or, as Times columnist Georg N. Myers wrote when the game was announced in May, it was designed “to dramatize impatient enthusiasm for professional football.” (And it’s worth remembering the MLB Pilots had just left town about 28 months prior, a stain the city was still trying to live down.)