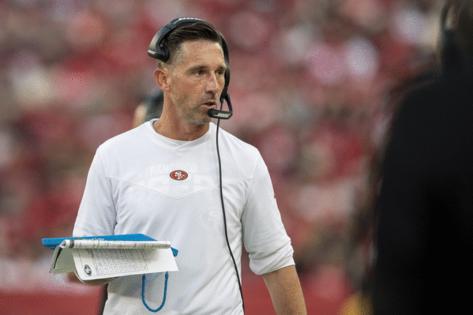 Specifically, how Niners head coach Kyle Shanahan manages to do as little as possible for all 180 minutes he’s required to field his team.

Shanahan has made it no secret that he has little interest in the preseason. If he had his way, he would do away with the preseason games altogether.

I imagine a quarter into Friday’s quasi-season debut, Niners’ season ticket holders who paid the full regular-season price for tickets to a game between players in official team uniforms, but who are most definitely not the San Francisco 49ers and Green Bay Packers, will feel the same way.

Shanahan prefers the intrateam practices that the 49ers have been doing so far in training camp and the intrateam sessions that the Niners will have for two days next week with the Minnesota Vikings.

“I’m more into the scrimmage than the game,” Shanahan said. “I’d prefer that’s all we did, all three weeks, and never play in a game.”

But Shanahan doesn’t see the value of preseason snaps, what would Lance be gleaning from the experience?