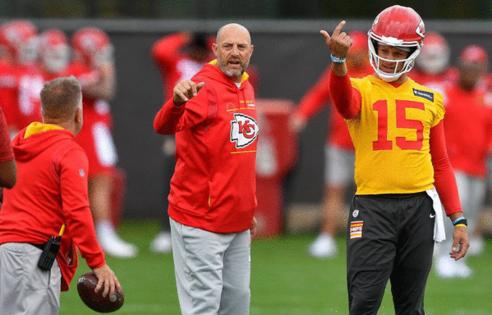 KANSAS CITY, Mo. — Moments after the end of the Chiefs’ training camp practice on Monday at Missouri Western State University, senior assistant and quarterbacks coach Matt Nagy was headed off the field when fans started chanting his name (“Nagy, Nagy”) seeking to lure him over for autographs.

Nagy was only too happy to comply. And why not?

“It’s very welcoming …,” said Nagy, who had spent a decade with Andy Reid in Philadelphia and Kansas City before returning this spring after four seasons as head coach in Chicago. “I appreciate that, and it means a lot to me.”

And perhaps it stood out all the more this week.

As fate would have it, the deposed former Bears coach immediately gets the matter of his first return to Chicago for a game out of the way:

The Chiefs will open their 2022 preseason schedule at noon Saturday in Soldier Field — where, alas, some started chanting “Fire Nagy” during a 6-11 season that proved his undoing.

“Real-life experiences,” Nagy called his four-season tenure that began with a 12-4 playoff team (that lost in the wild-card round) and a 22-27 record thereafter.

Experiences he wouldn’t take back, he added, even if he had to endure a “grieving process” and wished “we had done more and could have won more.”

“But I learned a lot, and that part I wouldn’t change,” he said, adding, “I think I’ve got to be able to self-reflect on where I went wrong and how I could have been better.”

Time enough for that later, though. Or along the way.