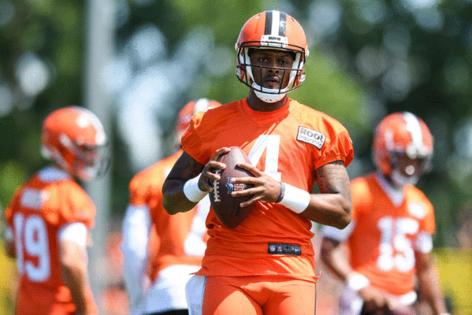 PITTSBURGH — I still have no idea what retired federal judge Sue L. Robinson was thinking when she recommended such a shamefully short suspension of Deshaun Watson.

Look at her writings. Then look at her ruling. The two don’t jibe.

Here’s a sampling of what Robinson wrote ...

— “I find that the N.F.L. has carried its burden to prove, by a preponderance of the evidence, that Mr. Watson engaged in sexual assault (as defined by the N.F.L.) against the four therapists identified in the report.”

— “Mr. Watson acted with a reckless disregard for the consequences of his actions, which I find equivalent to intentional conduct.”

— “I find the evidence sufficient to demonstrate that Mr. Watson knew, or should have known, that any contact between (his genitals) and those therapists was unwanted.”

— “The N.F.L. has carried its burden to prove, by a preponderance of the evidence, that Mr. Watson’s conduct posed a genuine danger to the safety and well-being of another person.”

If you didn’t yet know of Robinson’s ruling, and I read those bullet points to you, what would you have guessed?

Robinson somehow concluded that six games was the right answer. In her highly questioned opinion, Watson’s actions were “non-violent.” She also cited NFL precedent of adjudicating such matters, which was odd because the league has been notoriously lenient in these kinds of situations. There was no sensible precedent to reference.