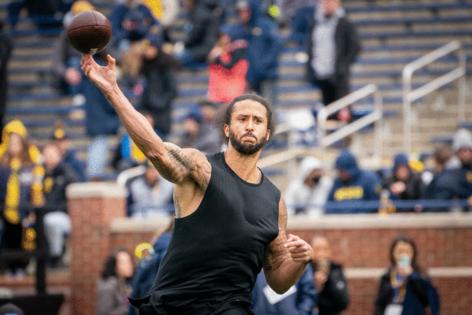 Colin Kaepernick is going from being blackballed to working out for the silver and black.

Kaepernick, 34, a Black quarterback exiled from the NFL for his stance against police brutality and racial injustice, is scheduled to work out for the Las Vegas Raiders this week, according to ESPN.

The Seattle Seahawks hosted Kaepernick on a visit in 2017 but didn’t sign him. He hasn’t had a single workout with a team until this week’s planned session with the Raiders.

In 2016, he began protesting racial injustices in society by kneeling on the sideline during the national anthem. He hasn’t played for an NFL team since.

He opted out of his Niners contract in the spring of 2017 when the 49ers told him he would be cut because he didn’t fit the system under new coach Kyle Shanahan.