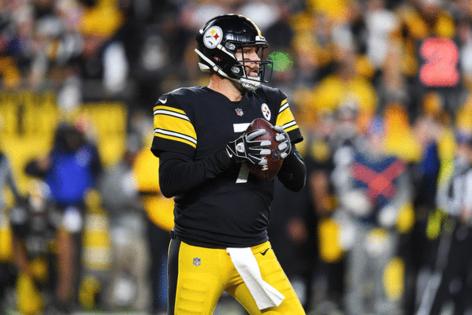 PITTSBURGH — I’m not sure how mad Mike Tomlin was after the 36-10 debacle in Kansas City three weeks ago, but Tony Romo was livid.

It seemed that way, anyhow, at various points in the game. Romo’s broadcast partner, Jim Nantz, didn’t hold back, either, after somebody named Byron Pringle ran through the entire Steelers defense to make it 30-0.

“The Steelers are just sleepwalking through this one,” Nantz said. “Physically, emotionally, it’s just not there.”

I’m guessing it will be there Sunday. It better be. The Steelers are the biggest underdogs (12 1/2 points) in wild-card history and getting mocked at every turn. Fox Sports 1’s Nick Wright said this is “better than a bye week” for the Chiefs, because at least they’ll get some cardio in.

A healthy T.J. Watt — he was battling a rib injury and missed about half the first game — will help. Competing on offense would be nice, too. That’s where Romo comes in. He was dead right on the Steelers’ inch-worm approach. It can’t work against the Chiefs.

Kansas City plays aggressive press coverage, so those short-of-the-sticks passes the Steelers adore are going to be mostly useless again. This team is headed into the belly of the beast here — the beast being Patrick Mahomes — and tip-toeing around with 3-yard passes to Ray-Ray McCloud on third-and-4 isn’t going to get it done.

You need points to keep pace with Mahomes. Matt Canada’s crew cracked 30 once all season. Early points are paramount, and the Steelers only have one first-half touchdown in the past six games. The Chiefs, on the other hand (as pointed out on espn.com) led the league with nine first-possession touchdowns and were tied for first in first-quarter scoring.

Are the Steelers capable of exploiting any defense down the field? I’m not sure, but this really is the time to find out. No use living in your fears in the biggest game of the season.

I’m not saying they need to go bombs-away crazy. A normal, intermediate NFL passing game will do. Playing keep-away against Mahomes is good strategy, too, and Najee Harris needs to have a quality game.

But this incessant dink-and-dunk stuff needs to die.

LOS ANGELES — If the Rams defeat the San Francisco 49ers on Sunday in the NFC championship game at SoFi Stadium, it will become another important date of celebration in Rams history.

But Jan. 30 already has significance...Read More

LOS ANGELES — He's the ultimate plug-in hybrid, a player so versatile and dynamic, so explosive and electric, that he can't be defined by traditional NFL labels and roles.

TAMPA, Fla. — During the season, offensive coordinator Byron Leftwich can be found in his office several hours before dawn, breaking down video of the Bucs’ next opponent as if it’s the Zapruder film.

They are hiring Buffalo offensive coordinator Brian Daboll to be their next head coach, according to sources, teaming him with recently hired GM Joe Schoen, the Bills’ ...Read More

PITTSBURGH — Steelers president Art Rooney II said general manager Kevin Colbert, who has been with the franchise since 2000 and helped build the foundation for two Super Bowl titles, will step down after the 2022 draft....Read More