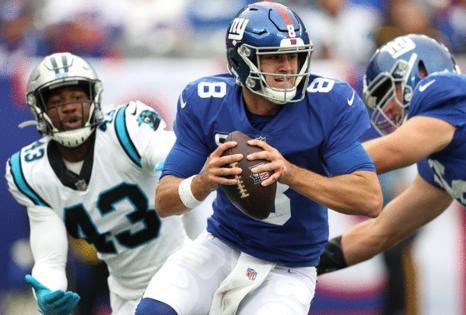 NEW YORK — One Joe Judge comment stood out above all the others Wednesday.

The Giants’ head coach was asked if there is concern Daniel Jones’ neck strain could be a season-ending injury.

The coach’s hedging provided an adequate summary of where Jones’ injury stands: somewhere in the gray.

The third-year quarterback — who is considered week-to-week, according to sources — was limited in a quick walk-through practice. He conducted his weekly press conference and said he’s “feeling good” and “preparing to play” Sunday against the Miami Dolphins.

Judge prefers to keep injury information in-house. Since Jones’ injury got out, Wednesday felt like the Giants trying to overcorrect and create uncertainty for the Dolphins (5-7).

The Giants even waited longer than usual for the media to leave after the brief viewing period at the start of practice. The offensive huddle stayed on the sideline waiting for reporters to depart so they wouldn’t tip off which players took the field.

Jones always tries to play through injuries. His desire to play isn’t the issue, though. Backup Mike Glennon is still expected to start as the Giants (4-7) seek a second straight win.

“There’s a number of things the trainers and doctors want to see,” Jones said of his “sore” neck. “But my focus is to continue to improve and get better and put that [decision] in their hands come this weekend.”