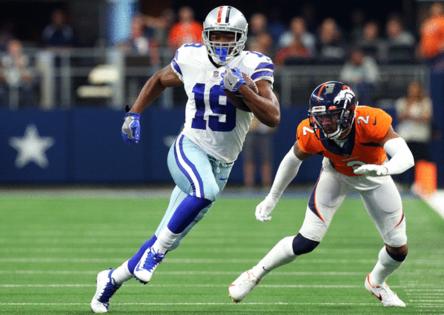 While the Dallas Cowboys, who have lost two straight games and three of their last four, are hoping to shake a slump Thursday night in New Orleans, they remain stuck in the grasp of the COVID-19 pandemic, which is still wreaking havoc within the organization.

Rookie safety Nahshon Wright tested positive for the virus on Tuesday and he will not play against the Saints. The team now has nine players or staffers — with head coach Mike McCarthy being chief among them — currently in COVID-19 protocols.

Wright’s disqualification makes an NFL-high of nine the number of Cowboys players who will have missed a game this season due to COVID-19.

The Minnesota Vikings have had 10 players go on the COVID-19 list since the beginning of November, but they have had only eight players miss games this season. They are expected to match the Cowboys’ nine with their game on Sunday.

As far as total games missed due to COVID-19, the Vikings lead the way with 14, the Arizona Cardinals are next with 12, and the Cowboys are at 10, according to Howard Balzer of Sports Illustrated who has kept a running total since the start of the season.

The Cowboys got some good news Wednesday when receiver Amari Cooper, who is one of just two unvaccinated players on the team and who has missed the past two games with COVID-19, was cleared and will now available for Thursday’s game in New Orleans.

McCarthy said Cooper had been experiencing a cough, and he did not practice Monday or Tuesday.

He was able to practice Wednesday, allowing them to remove him from the NFL’s COVID-19 list before the team boarded the plane to New Orleans.

McCarthy said the situation on the Cowboys drives home the importance of vaccinations for the Cowboys and the community.