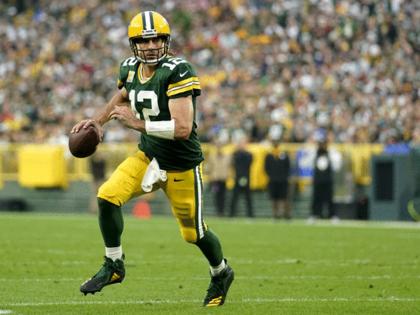 “We always would talk about what it would be like to coach a guy like Aaron Rodgers,” LaFleur said, “and just how … you’re basically limitless in what you want to get accomplished.”

Last season, his second as a head coach, LaFleur and Rodgers led the Packers to an NFC divisional-round victory over the Rams at Lambeau Field, triggering the Rams to move on from quarterback Jared Goff.

On Sunday, when the Rams (7-3) return to play the Packers (8-3), McVay will come armed with a veteran quarterback of his own in Matthew Stafford.

Is it the ultimate matchup with LaFleur?

McVay, in his fifth season with the Rams, has not fared well of late against close friends in the NFL.

The Rams are two weeks removed from a 31-10 defeat by the San Francisco 49ers. It was the Rams’ second loss in a row, and the fifth consecutive time that 49ers coach Kyle Shanahan, who mentored McVay and LaFleur, beat his Los Angeles protégé.

LaFleur is not the only familiar face McVay will see on the opposite sideline Sunday.