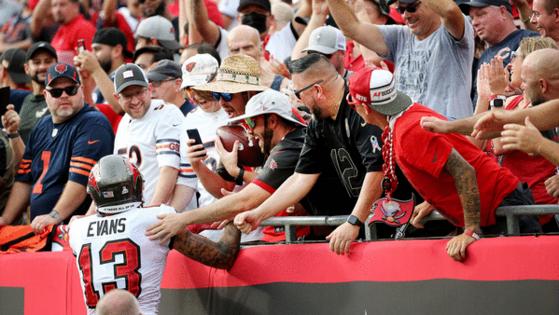 TAMPA, Fla. — I’d like to believe we’d all be as gracious as Byron Kennedy.

I’d like to believe when faced with the choice between instant wealth and eternal karma, the vast majority of American sports fans would choose to be selfless and pure.

I’d like to believe you and me would return the football from Tom Brady’s historic 600th touchdown pass — just as Kennedy did at Raymond James Stadium on Sunday — because it was the right thing to do.

I’d like to believe that but, let’s face it, we all know better.

I’m not sure if you can put a value on inner peace, but I’ve seen the price tag on high-end memorabilia. And, honestly, I’m going with the sure bet. Hand me that ball, and I’m looking like a chubby Tony Soprano running from the FBI.

Call it greed, call it capitalism, call it whatever you like. If players can choose free agency over a hometown discount when it comes to contract time, you can choose eBay over sainthood.

It’s been this way forever, you know.

Back in 1927 when Babe Ruth was sitting at 59 home runs, the hot dog vendors at Yankee Stadium announced to patrons in the stands that hat merchant Truly Warner would offer $100 for No. 60.

Joe Forner, a 40-year-old truck driver from the Bronx, was about 10 rows back in the right-field bleachers and came up with Ruth’s historic shot despite, he later claimed, being clawed by other fans.

Three quarters of a century later, fans in San Francisco fought over Barry Bonds’ 73rd home run ball, first in the bleachers and later in court rooms. Alex Popov claimed to have caught the ball, but said it was wrestled from his hands. Patrick Hayashi ended up with possession.