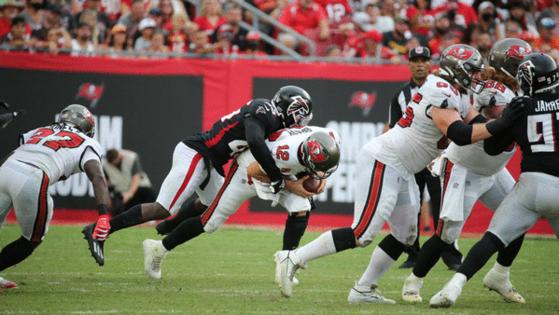 For the sanity of a fan base and the hope of another Super Bowl, give the ball to Gio.

The name on the jersey isn’t as important as the justification of the strategy. What you’re trying to do is make sure Tom Brady is still the healthiest 44-year-old football player on the planet in January.

For that reason, the Bucs need to continue handing the ball to running backs Leonard Fournette, Ronald Jones and Giovani Bernard as often as possible in the coming weeks.

The only goal that matters this season is repeating as Super Bowl champions, and the only way that happens is if Brady gets through a 17-game regular season without any breaks, tears or sprains.

Now, this isn’t as easy as it seems. When you have a quarterback of Brady’s unique ability, the temptation to whip the ball around the field is great. In fact, no quarterback in the NFL has thrown more passes since the start of the 2020 season than Brady.

That’s great for highlight reels and memories, but it’s risky as heck.

In recent weeks, we’ve experienced life without Rob Gronkowski. And Lavonte David. And Jason Pierre-Paul. And just about every starter in the secondary.