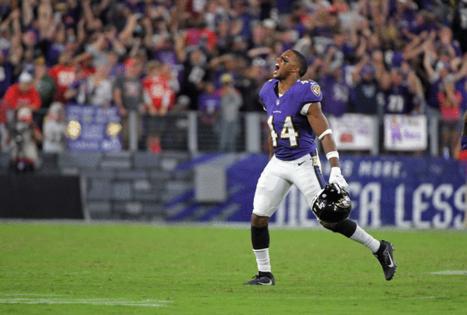 “More LSU in the division,” the star Ravens cornerback and proud Alabama product tweeted in April. The Crimson Tide were reigning national champions, but 2019 had been tough for Humphrey. He’d had to watch the Tigers win a regular-season shootout in Tuscaloosa, then roll to a College Football Playoff title. Chase, a unanimous All-American wide receiver, had made the game look easy.

Humphrey added an eye emoji to his draft night tweet. Perhaps he could see what lay ahead for NFL cornerbacks. As he prepared for Sunday’s AFC North showdown in Baltimore, Humphrey was asked about Chase, one of the league’s top rookies. “He’s really made the NFL look pretty easy,” Humphrey said Wednesday.

Coach John Harbaugh has framed the Ravens’ division opener against Cincinnati (4-2) as a battle for midseason superiority. But inside the matchup of the AFC’s top team and, in Harbaugh’s words, “one of the best teams” in the NFL is the receiver-cornerback clash that could shape the rivalry for years to come.

It is not hard to see their collegiate rivalry reflected in their first pro matchup. If Humphrey and the Ravens (5-1) are Alabama, the established powers, Chase and the Bengals are more like LSU, the ascendant challengers. Sunday’s game could be the first of many in which Humphrey vs. Chase is a worthy undercard to Lamar Jackson vs. Joe Burrow.

“I hope so,” said CBS analyst Trent Green, who will join Kevin Harlan in the booth for Sunday’s game at M&T Bank Stadium. “This is going to set the foundation for some of those later games, depending on how it goes.”

The Bengals needed someone like Chase last year. Burrow, then a rookie, threw for 183 yards and an interception in a 24-point loss to the Ravens in October. Brandon Allen, starting for an injured Burrow, had 48 yards, two picks and a 0.0 passer rating in a 35-point loss that closed out the season in January.

Chase, drafted No. 5 overall, hasn’t finished with fewer than 54 yards in a game this fall. He’s the third rookie since at least 1990 to catch at least five passes in each of his team’s first five games, joining Randy Moss in 1998 and Calvin Ridley in 2018. Green joked that while Chase has “only” 27 catches this season, seemingly all have been big. He leads the NFL with eight receptions of at least 20 air yards, according to Pro Football Focus, and ranks second in yards per catch (20.5).

“He’s playing like a veteran guy,” Harbaugh said Wednesday. “He’s running the deep routes. They have a connection on the nine routes [go routes] out there, pretty much every coverage — slants, crossers. He’s just doing a great job. He’s playing like the high pick that he is. He and, of course, Joe Burrow have a connection [from LSU]. ... They go back a long way. So they have an understanding of each other, and you can see it.”

The Ravens will likely mix coverages Sunday, meaning Humphrey won’t be asked to shadow Chase all afternoon. But in man-to-man coverage, Green said he expects the rookie to be Humphrey’s assignment. In the Ravens’ blowout win Sunday, defensive coordinator Don “Wink” Martindale didn’t shy away from a best-on-best matchup. According to the NFL’s Next Gen Stats, Humphrey shadowed Los Angeles Chargers star Mike Williams on 11 of his 15 routes before Williams left with an injury, allowing just two targets and one catch for 1 yard.

Humphrey said Chase has mostly avoided “speed bumps” through six games. Humphrey, though, can be a one-man traffic stop. He leads NFL defensive backs in what Sports Info Solutions calls “Points Saved,” a metric that accounts for factors like pass rush and turnovers in measuring defensive performance. He’s allowed a passer rating of 85.4 in coverage this season, according to Pro Football Focus.

“They seem to have a belief in all the guys that they can bring,” Bengals coach Zac Taylor said Wednesday of the Ravens’ blitz. “But I think behind all that, they have a belief in their coverage abilities, and it starts with 44 [Humphrey]. He’s one of the premier corners in this game, and they trust him to cover someone and lock them up, and now it’s up to the other guys ... to do their job.”

He added: “You can just tell he is one of the smartest players in the NFL.”

In a series the Ravens have dominated of late — five straight wins over Cincinnati, an average margin of victory of 20.8 points — praise for the Bengals, and Chase, has flowed freely this week. Martindale likened him to a lab-created hybrid of DeSean Jackson and Odell Beckham Jr. Wide receiver Devin Duvernay, who watched Chase dominate in person during a 2019 win over Texas, called him a “great player.”

No matter where the Ravens and Bengals end up in the division this year, Sunday’s game looks like the first round of a biannual heavyweight bout. Humphrey, 25, is under contract in Baltimore through 2026. Chase, 21, probably won’t leave Cincinnati any sooner than 2025. Humphrey vs. Chase could be the AFC North’s answer to Jalen Ramsey vs. DeAndre Hopkins. Or maybe Alabama vs. LSU.

“You’ve just got to change up different looks on him, depending on the defense, know what you can take advantage of different ‘man’ techniques and different things,” Humphrey said. “But the biggest thing with him, you really want to stay on top. … It’s like when the ball goes up in the air, he kind of takes it into another gear. So we’ve really got to be careful with him. He’s definitely a young receiver, but he’s looking like a vet pretty early.”