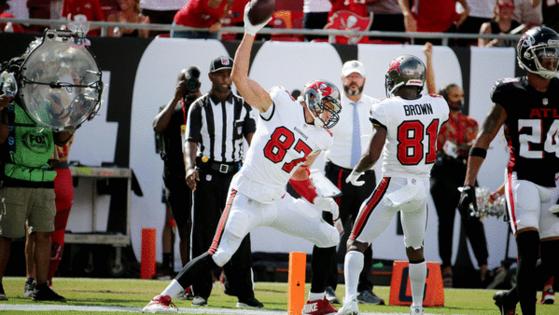 TAMPA, Fla. — The Bucs will have to hold their defense together with duct tape and baling wire for at least another week.

Additionally, edge rusher Jason Pierre-Paul, still battling lingering hand/shoulder issues, was held out of practice by Arians but could play, the coach indicated. On the positive side, safety Antoine Winfield — who practiced for the third consecutive day Friday — has passed his concussion protocol and is cleared for action.

Veteran backup Kevin Minter will start in place of David, and rookie Joe Tryon-Shoyinka can fill in as needed for Pierre-Paul, who played 41 defensive snaps (or 79%) in last week’s win against the Eagles. Tryon-Shoyinka recorded two solo tackles in 19 snaps.

“It helps so much,” Arians said. “We can decrease or increase (Pierre-Paul’s) snaps and get them out there together as much as we can. But yeah, that really helps.”

Gronkowski, seen running with a flak jacket at Thursday’s practice, will miss his fourth consecutive game with fractured ribs. Another tight end, O.J. Howard (ankle), practiced for a second day in a row and officially is listed as questionable for Sunday.