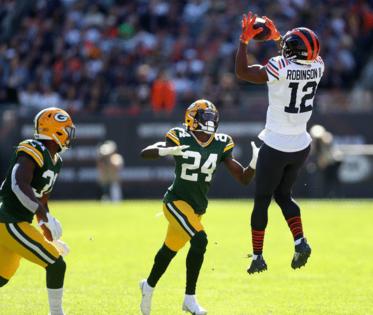 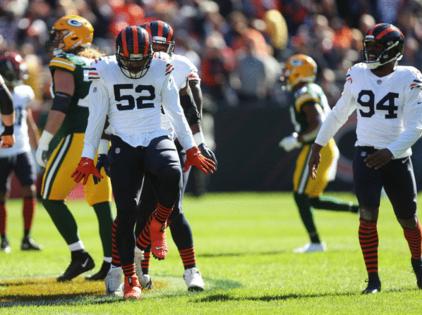 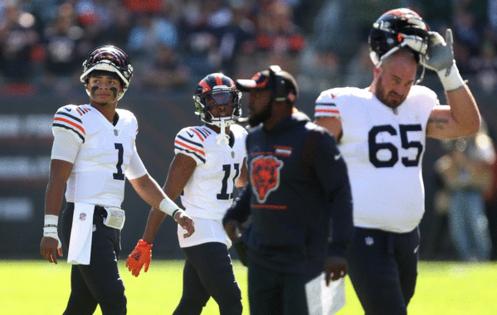 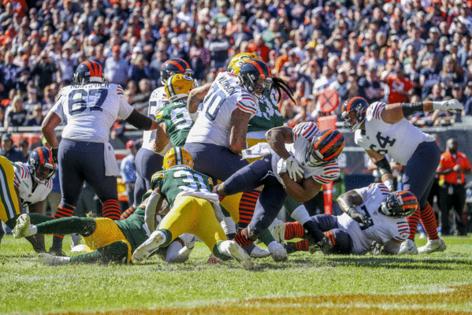 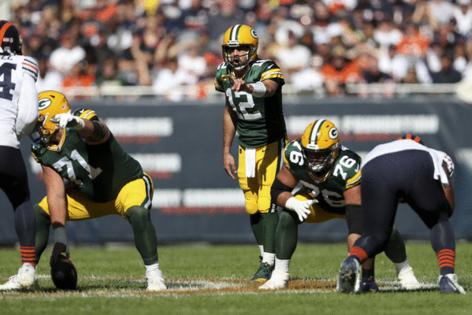 “I still own you!” Rodgers bellowed as he hopped back toward the Packers sideline in celebration.

Rodgers threw for 195 yards and two touchdowns and ran for 19 yards and a touchdown in a 24-14 victory, the 22nd of his career against the Bears and the Packers’ fifth straight win in the rivalry.

The Bears defense helped Rodgers in his latest domination, with safeties Tashaun Gipson and Eddie Jackson both missing key tackles on Packers touchdown drives. The Bears sacked Rodgers three times, but it wasn’t enough to stop him.

Meanwhile, after scoring a touchdown on their first drive, the Bears offense struggled to get going in the rest of the first half, which included Justin Fields throwing an interception when he thought he had a free play because of a penalty that was never called.

Fields completed 16 of 27 passes for 174 yards, a touchdown and that interception. His 5-yard touchdown pass to Darnell Mooney cut the Packers lead to 17-14 with 8:44 to play.

But on the following drive, Rodgers found Davante Adams for a 41-yard pass, aided by Jackson’s missed tackle against Adams, and the Packers pulled back to a 10-point lead three plays later on Rodgers’ run.