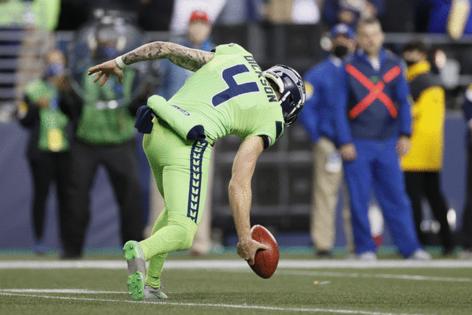 RENTON, Wash. — Along with being one of the greatest coaches in NFL history, New England Patriots coach Bill Belichick is also known as one of the game’s great historians. So much so that the NFL Network enlisted his help to assemble a list of the league’s top 100 players two years ago.

But like seemingly everyone else involved in football, Belichick saw something last week he never had before during the the Seahawks’ 26-17 loss to the Los Angeles Rams — Michael Dickson scooping up his own blocked punt and punting the ball again.

“That one caught me off guard,” Belichick said during his weekly “Coffee with the Coach” video interview on Patriots.com. “I haven’t seen that before.”

And Belichick has seen a lot — he used much of his answer to a question about Dickson’s punt to recall that in the 1930s and ‘40s it wasn’t uncommon for a team receiving a punt to field it and punt it back on the same play with the hope of catching the original punting team out of position and getting a longer kick and a decided edge in field position as a result.

“That was a double-punt play,” Belichick said. “But not by the same team.”

Indeed, the rarity of Dickson’s “double punt” has led to more discussion throughout the league all week.

“It ranks as the weirdest play I’ve ever seen, because I’ve been consumed by it since it happened,” Mike Pereira, a FOX analyst and former NFL referee, told NBC Sports columnist Peter King. “I’ve never seen a play and a rule and a situation like that one.”

Or as Seahawks coach Pete Carroll said this week: “I thought it was one of the worst plays that had ever happened, and it turned into one of the best plays I’ve ever seen.”

While Dickson handled a few additional interview requests this week — including one from his native Australia — he was taking the attention in stride, similar to how he scooped up the bounding ball in the first place after it was blocked by the Rams’ Jamir Jones.

Though Dickson said after the game he didn’t know if the play was legal, he was reminded this week by Seahawks special-teams coach Larry Izzo that he had once asked Izzo and Seahawks general manager John Schneider if he could punt the ball again if it were blocked.