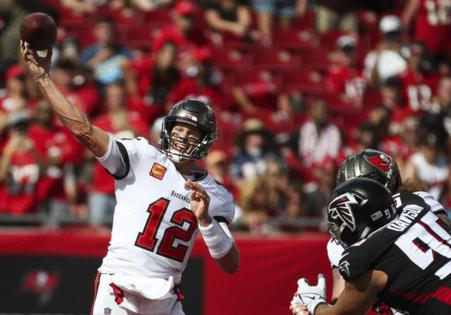 But the adoration doesn’t exactly stretch across time zones.

The most disliked player in Florida? Former FSU and Bucs quarterback Jameis Winston, who signed with the Saints two springs ago after five turbulent seasons in Tampa Bay.

A news release issued by SVP Publicity indicated that BetOnline tracked Twitter data for more than a month (more than 130,000 tweets) based on geotags, hashtags and direct keyword associations related to fans’ disdain for NFL players.

The three other players recognized: Packers quarterback Aaron Rodgers (four states), Browns quarterback Baker Mayfield (two states) and Texans quarterback DeShaun Watson who, interestingly enough, is most disliked only in the home state of his own team (Texas).

While Brady naturally is the most disliked player in each of the three states that are home to his NFC South division rivals (Georgia, North Carolina, Louisiana), he also essentially has the monopoly on the entire Mountain and Pacific time zones.