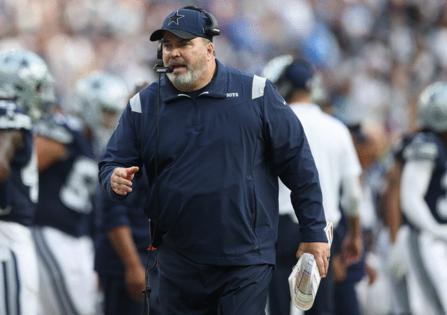 Two games into the season and the Dallas Cowboys are "at home" at .500.

Thanks to the NFL referees, and karma for a Chargers franchise that should never have left San Diego, the Cowboys left their home away from home, Los Angeles and AT&T Stadium West, a gaudy 1-1 on the season.

That's right, we are two weeks into the 2021 NFL season and the Cowboys are in a first-place tie in the NFC East.

This is almost better than a Super Bowl.

On Sunday, both the Los Angeles Chargers and the Cowboys did everything possible not to win an NFL game. The Chargers simply bested their opponent at giving away the game as the Cowboys won, 20-17.

"To come in here and win this game was important for us on a number of fronts," Cowboys coach Mike McCarthy told the media after the game.

Correct. The No. 1 front would be that of the head coach, and his special teams coordinator.

A solid argument can be made the Cowboys should be 2-0 this season, but McCarthy and specifically his special teams coach, John "Bones" Fassel, are lucky this is not an 0-2 mess.

The Cowboys defeated the Chargers on a walk-off 56-yard field goal by kicker Greg Zuerlein as time expired to bail out McCarthy and Bones.

It was as if McCarthy was paying homage to his predecessor, Jason Garrett, who loved long field goal tries more than a kid loves Santa.