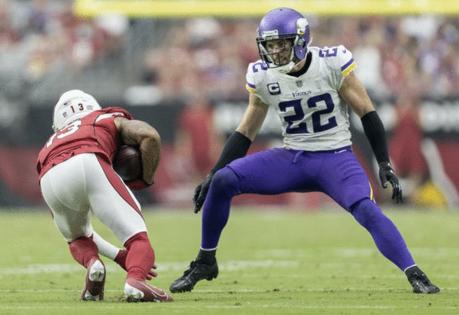 The Vikings fan blaming losses on missed field goals is like a New Orleans resident blaming floods on a leaky faucet.

Kickers are the Vikings' toupee.

When Greg Joseph missed a 37-yard field goal as time ran out in the Vikings' 34-33 loss at Arizona on Sunday, he joined a pantheon of kickers who failed to deliver a victory in the clutch.

Joseph failed in that moment. That's a fact. What's worse than him failing is him becoming a symbol of the Vikings' failures, letting more important and higher-paid employees off the hook.

We've seen this before. Gary Anderson did not miss a field goal in 1998 until the NFC championship game. He, too, became a symbol of that team's failures, obscuring mistakes made by actual football players.

When Anderson missed that field goal, he helped fans forget that Robert Smith ran out of bounds when trying to kill the clock, and that Randall Cunningham held the ball too long on a strip sack that changed the game, and that Randy Moss seemed to lose interest, and that the defense was shredded by injuries and couldn't stop the run or hassle a non-legendary quarterback in Chris Chandler, or that Denny Green had Cunningham take a knee at the end of regulation even though explosiveness and creativity was their greatest strength and Atlanta's defense was hurting.

But, sure, blame the kicker for missing one field goal.

The Vikings were running at will. Kirk Cousins had been efficient and had not turned the ball over all game — and still hasn't turned over the ball all season.