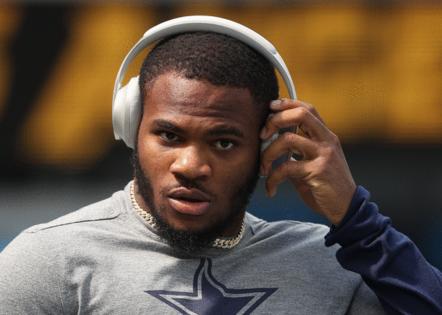 Consider that when two-time Pro Bowl defensive end DeMarcus Lawrence fractured his foot in practice last Wednesday — sidelining him for 6-8 weeks and forcing the defense to prepare to face the Los Angeles Chargers Sunday without their top to players at the position since Randy Gregory was already out with COVID-19 — Cowboys defensive coordinator Dan Quinn turned to Parsons and simply said: “You do it.”

“After practice, Coach Q came up to me and was like ‘Man, we’re going to need you to step up big for us this week,’” Parsons said. “I just said ‘All right, Coach. Let’s play.’”

And boy, did he ever ever.

Parsons, who has not played defensive end since high school, had eight pressures, a sack, four quarterback hurries and a tackle for loss in spearheading a surprisingly strong performance from the maligned and short-handed Cowboys defense in a 20-17 victory against the Chargers.

The former All-American linebacker at Penn State was picked 12th overall by the Cowboys is just a football player; and a dominant one at that.

“It was natural. Some people had a long day out there,” a confident Parsons said of his midweek position switch.

Parsons was the best part of a Cowboys defense that allowed the Chargers to drive into plus territory on all seven drives in the game, advancing to at least the 33-yard line each time, including four trips inside the 20.

Yet the Cowboys, who opened the game without three starters on defense, only allowed 17 points, gave up just six points in the second half and forced two turnovers.

“Defensive personnel loss and the timing of it is usually the challenge,” coach Mike McCarthy said. “I think these young players and the adjustments — you know Micah playing exclusively outside, to do it on a short week — making an adjustment mid-week, really gives a lot of credit to [defensive coordinator] Dan [Quinn] and the staff, and most of all the players.”