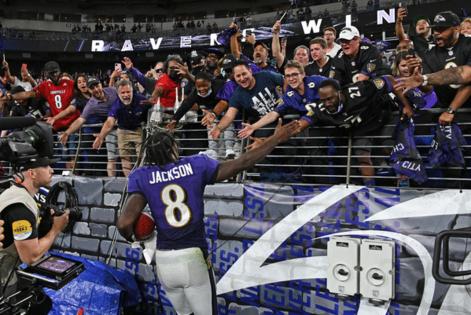 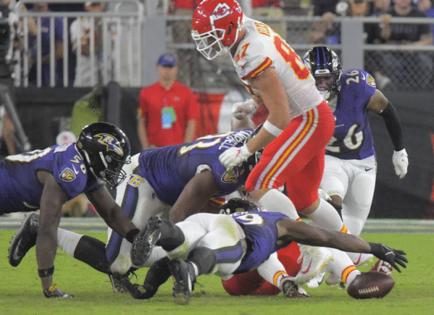 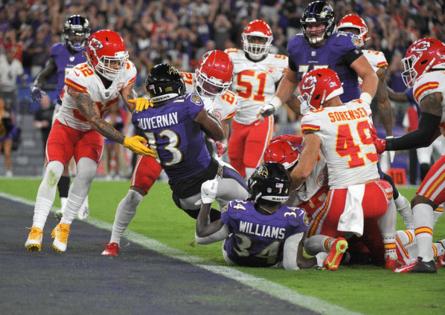 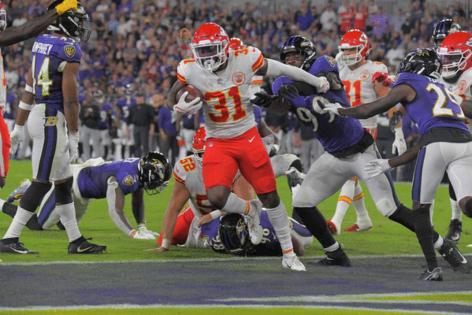 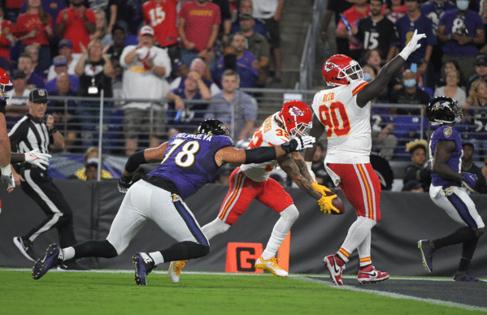 BALTIMORE — As quarterback Lamar Jackson was led away from the middle of a jubilant scrum inside M&T Bank Stadium late Sunday night, coach John Harbaugh found him, a smile as wide as the Chesapeake Bay.

It had been a long night in Baltimore, a frustrating night, an ecstatic night. They could not be blamed if they needed someone to keep their legs from wobbling like Jell-O or their hearts from beating like a drum. They embraced, coach and quarterback together, long enough for the scale of their accomplishment to sink in.

On the scoreboard above, it read: Ravens 36, Chiefs 35. For three frustrating years, the Ravens had been at the mercy of Kansas City and its own transcendent quarterback, Patrick Mahomes. Jackson himself acknowledged that the Chiefs were his “kryptonite.” Not only was he 0-3 against the perpetual Super Bowl favorites, but he’d also been stifled in the last two games.

The comeback he led Sunday might’ve been the best of his regular-season career. He finished 18-for-26 for 239 yards and a touchdown and added 16 carries for 107 yards and two touchdowns, including the decisive score. The Ravens led for just 3:14 all game, but that was all they needed in a “Sunday Night Football” game for the ages.

It was fitting that Jackson gave the Ravens their first lead all game. At the end of a 14-play, 63-yard drive that took more than eight minutes off the clock, Jackson took a zone-read keeper off the right tackle. No one bothered to account for the game’s most dangerous runner. Rather than walk in the 1 yard he needed, he somersaulted. Then he chucked the ball high into the sky, rising with the deafening decibel level inside M&T Bank Stadium.

It was a slight advantage, 36-35, but the Ravens needed more. A failed 2-point-conversion attempt made the game winnable with a field goal. The Chiefs needed just two plays to get inside the Ravens’ 40. After the third, the Chiefs were at the 32, already within field-goal range for kicker Harrison Butker.

Then rookie outside linebacker Odafe Oweh reached his hand in and punched the ball loose from running back Clyde Edwards-Helaire. Then he pounced on the decisive turnover.

The game hung on a conversation between Jackson and Harbaugh. After Jackson found wide receiver Sammy Watkins on third down, the Ravens could’ve punted with a yard to gain. Instead, they went for it.

Harbaugh asked Jackson whether he wanted to go. Jackson said he did, and he took a quarterback sneak into the heart of the Chiefs defense. He came out on the other end with a first down. The game was theirs.

It was not an easy night. Mahomes finished 24-for-31 for 343 yards and three touchdowns and an interception.