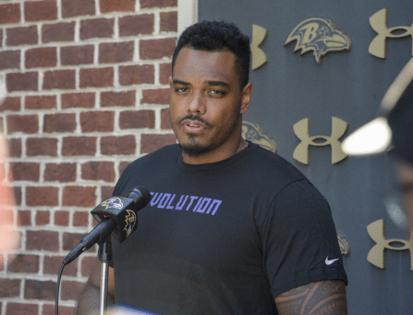 Stanley (ankle), Brown (ankle) and Westry (knee) sat out Wednesday’s walk-through practice, along with defensive end Derek Wolfe (back/hip), who remains sidelined. Outside linebacker Pernell McPhee, who usually gets a day off at practice each week, was absent Thursday after practicing Wednesday.

Stanley started Monday night against the Las Vegas Raiders but struggled in the overtime loss. Brown, who dealt with a hamstring injury throughout August, had six catches on six targets for 69 yards. Westry played nearly 40% of the team’s defensive snaps and over 65% of its special teams snaps.

The Ravens will practice again Friday. Players who miss three straight days of practice are typically not expected to play in that week’s game.

The Chiefs, meanwhile, had every player on their 53-man roster available for practice for the second straight day.