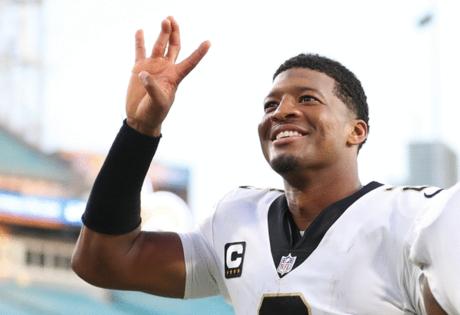 Here are my best bets off the waiver wire for Week 2:

— RB Elijah Mitchell, 49ers (ESPN: 2%; Yahoo: 10%): The simple truth is any running back on the San Francisco roster could eventually be a fantasy asset. Mitchell fits Kyle Shanahan's system perfectly and that was on display at Detroit. His breakaway speed and shiftiness led to a 38-yard touchdown shortly after Raheem Mostert was injured and he finished with 104 yards on 19 carries (3.8 yards after contact per attempt). Trey Sermon (and even JaMychal Hasty) will factor in at some point, but Mitchell is a flex option with RB2 upside going forward.

— RB Kenneth Gainwell, Eagles (ESPN: 4%; Yahoo: 9%): The rookie's role is similar to Nyheim Hines. He'll see consistent use in the passing game and supplant Miles Sanders in the two-minute drill. Gainwell produced 43 total yards with two receptions and a touchdown in his debut. He deserves to be rostered in PPR formats and will have flex potential most weeks.

— RB Carlos Hyde, Jaguars (ESPN: 15%; Yahoo: 16%): James Robinson currently has the higher ceiling in this offense with his work in the passing game, but it looks like Hyde will be the grinder if Jacksonville ever has the lead. Whoever secures the goal-line gig will break the tie.

— WR Tim Patrick, Broncos (ESPN: 1%; Yahoo: 2%): A high-ankle sprain will likely sideline Jerry Jeudy until November. Patrick proved he could be a consistent producer last season. Including Week 1 against the Giants, he has at least four receptions or a touchdown in 10 of his last 16 games. K.J. Hamler (ESPN: 2%; Yahoo: 2%) will be a boom-or-bust option most weeks.