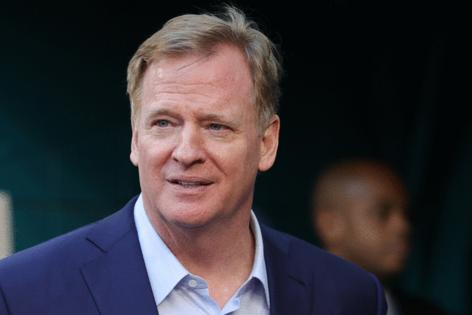 SAN DIEGO — The National Football League has quit tiptoeing through its two lips on the COVID-19 issue and put down its extra large Gucci loafer.

With so many of its players unvaccinated, The League, unlike 2020, is threatening forfeits — and the all-important loss of paychecks — if a COVID-19 outbreak among those without the vaccines leads to the 2021 regular season being thrown into disarray.

Commissioner Roger Goodell can't force players to get shots because of a union agreement, but he can try to inject some common sense into their heads by poking them where it hurts the most — in the wallet.

It's not very often I agree with the NFL, which puts bank first — it's incredibly good at — and image, where it fails all too often but always lands softly on the dollar pillow — second. I do here.

In a Thursday memo, Goodell wrote that 80% of the players were fully or partially vaccinated and more than 50% of the teams have shot rates 80% or above (by the way, the NFL Team That Used To Be Here is one of four clubs not at 50%).

Thus, unvaccinated players will undergo daily testing and must wear masks during the pre and regular seasons. They'll be fined $14,650 for every break in protocol. On the spot. So they will be made to feel like outcasts.

It won't be like 2020. Games likely aren't going to be rescheduled. Teams are going to forfeit.

KANSAS CITY, Mo. — They spend a lot of time here talking about the noise. Arrowhead Stadium is the loudest place in the NFL, and whether you believe it or not, you can buy a T-shirt that says so.

PITTSBURGH — The autumn equinox was a few days prior, but Sunday might have shown us an eclipse at Heinz Field.

As the seconds wound down Sunday afternoon at FirstEnergy Stadium, Chicago Bears quarterback Justin Fields had been sacked more times than he had completed a pass.

Did we just see the blueprint to beat the Chiefs?

The Chiefs lost to the Ravens 36-35 here on Sunday night, and like most football games the ...Read More

FOXBOROUGH, Mass. - It was a good thing the Patriots decided to honor Julian Edelman at halftime on Sunday. At least it gave fans inside Gillette Stadium something to cheer about.

Other than honoring the recently retired ...Read More