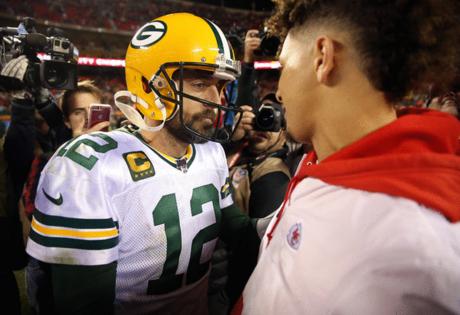 The Chiefs are on the other end of the spectrum of football harmony. Their players vacation together. They joke about which teammates are (and are not) allowed to babysit. They play corny board games together.

It should not go unnoticed that while players around the league routinely skip (voluntary) OTAs, the Chiefs have one of the NFL’s highest participation rates for offseason workouts.

The Packers’ drama is not the Chiefs’ drama, and is relevant here mostly as a gossip item.

“I’m sure they’ll work it out,” Chiefs coach Andy Reid said. “Things happen in this league, and it’s always happened in professional sports. Every situation is different. We’ve all had to deal with different situations. You just work through it and try to keep communication open.”

Maybe that depends on the definition of “work it out,” but the Packers serve as useful guidance for the Chiefs.

Ten years ago, the Packers were the Chiefs. The Packers were the team with a Super Bowl championship and a young MVP quarterback surrounded by good vibes and better players. Rodgers wrapped himself in Wisconsin, referencing his voter registration and driver’s license issued in the place he called home.

He called playing for the Packers “a privilege.” He thanked the organization for standing behind him, and for believing in him.

Much has been said about what went wrong between Rodgers and the team in Green Bay. Investigative stories have been published and, someday, perhaps, a book will be, too.