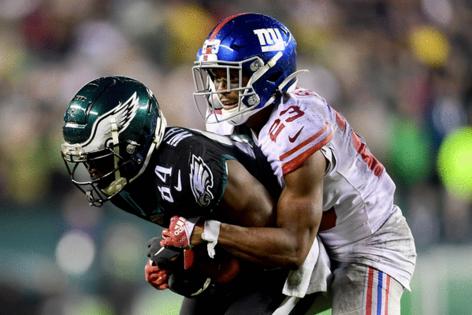 He entered a pre-trial diversion program that would allow him to expunge the conviction from his record if he complied with all terms and conditions of the adult probation department through June 3, 2022.

He was ordered to pay court costs and court-appointed attorney fees, as well.

“We have been aware of the situation,” a Giants spokesman said. “We have no further comment at this time.”

Beal, 24, was stopped on June 2 for a traffic violation and charged with carrying a concealed weapon, improperly handling firearms in a motor vehicle, and marijuana possession.

Beal is the second corner drafted by GM Dave Gettleman who has been arrested for a gun-related incident, including 2019 first-round pick DeAndre Baker.

Baker was waived last September over an alleged armed robbery committed on May 13, 2020 in Miramar, Fla. Charges were dropped when the victims’ attorney was arrested for alleged extortion.

Gettleman traded up into the 2019 first round for Baker, and he used the Giants’ 2019 third-round pick on Beal in the 2018 supplemental draft.

This summer, therefore, the Giants were forced to attack the corner position due to their many misses the past few years.

That included overpaying Adoree Jackson in free agency, trading up in the third round for Central Florida’s Aaron Robinson and taking Oklahoma State’s Rodarius Williams in the sixth.

Beal was not seen at the Giants’ two open OTA practices, but he did attend mandatory minicamp this week.

He faced an uphill climb to make the roster even before Friday’s news broke — though of course, the Giants have known about this the entire time.