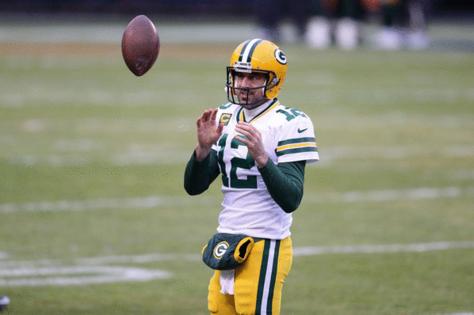 MIAMI — The Green Bay Packers' continuing, colossal botchery of the Aaron Rodgers situation is epic. If it ends wrong it will stain one of the NFL's most storied franchises enough to make the ghost of Vince Lombardi weep.

The impasse got real this week as the superstar quarterback and reigning league MVP became an official holdout, boycotting the team's mandatory minicamp.

Packers president Mark Murphy said the impasse "has divided our fan base." He must be kidding.

There isn't a self-respecting fan who has ever sat at Lambeau under a Cheesehead hat who wouldn't immediately trade Murphy, general manager Brian Gutekunst and head coach Matt LaFleur if it meant Rodgers stayed.

Do the people running the Packers understand what they have? Maybe the greatest QB ever? A man astonishingly in his prime at 37 based on last season?

So many franchises — the Miami Dolphins come to mind — work and plot and dream and hope for decades that they might hit upon a generational talent like Rodgers.

Wait. Amend that. Teams will settle for a really good quarterback. Nobody dares think they have just drafted a Hall of Famer, an all-time great.

The rarity of hitting big, Rodgers-big, is hitting the lottery stuff.

Look at the Dolphins with Tua Tagovailoa right now as the 2020 fifth overall draft pick works toward his second season.

Not even the most dedicated Dolfan can say with certainty "He's going to be great" because not even the expert eyes of GM Chris Grier and coach Brian Flores can be sure yet.