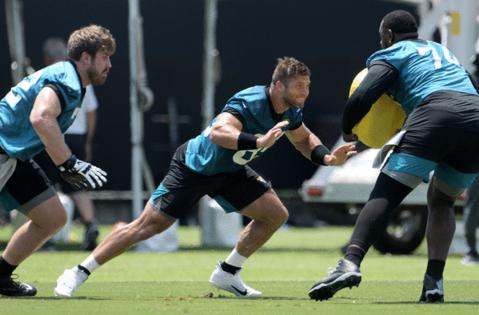 Did you see who the Tennessee Titans signed a few days ago? They signed Adam Coon, a 26-year-old former All-America college wrestler at the University of Michigan who hasn’t played football since high school but is getting an NFL tryout as an offensive lineman.

Question: Where’s the outrage from the legions of the miserable on social media and the outcry of “white privilege” from talking heads like Stephen A. Smith? You know, the same type of reaction the Jacksonville Jaguars got when they had the audacity to sign Tim Tebow as a backup tight end a couple of weeks ago?

There’s really not a whole lot of difference between the Titans wanting to take a look at Coon on the offensive line and the Jaguars wanting to take a look at Tebow at tight end. Well, actually, there is a huge difference. Tebow has at least played football at the highest level. He’s one of the greatest college football players of all-time, a former NFL first-round draft pick and a transcendent player who helped Jaguars coach Urban Meyer win two national championships in college. And, oh yeah, he’s also a hometown hero in Jacksonville who is already selling a ton of jerseys.

Yet, there has barely been a peep about the Titans signing Coon whereas the backlash of noxious negativity against Tebow has been sickening.

It makes you wonder when exactly we entered this alternative universe in sports and pop culture where it’s become cool to embrace the bad boys and bash the good guys.