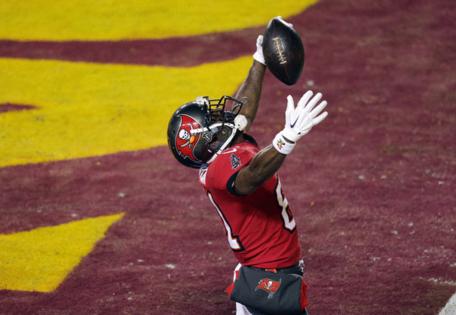 The driver, Anton Tumanov, moved Brown’s belongings from California to Hollywood, Fla., last year. When Tumanov arrived, he was “met with resistance and violence,” according to the lawsuit. Brown and his trainer, Glenn Holt, then attacked Tumanov’s vehicle and broke the key.

Brown and Holt “proceeded to verbally and physically attack (Tumanov), causing severe personal injuries.” The driver “continues to suffer severe bodily injuries, pecuniary losses, and mental anguish” from the incident, according to the suit.

Holt and Brown both face one count of battery and one count of assault in the lawsuit. Tumanov is seeking more than $30,000 in damages.

Brown was arrested in January 2020 regarding this incident. In June, he pleaded no contest to a felony burglary charge and misdemeanor charges of battery and criminal mischief. He received two years of probation.

One of Brown’s attorneys, Sean Burstyn, said in a statement to the NFL Network that they were “disappointed, but not surprised” that the suit was filed more than a year after the incident.

“It is telling that instead of in any way describing any injury, Mr. Tumanov goes into great detail about Antonio being a ‘well-known athlete, member of the National Football League (the ‘NFL’) and active player for the Tampa Bay Buccaneers,’ ” Burstyn said. “We believe that speaks for itself as to the economic motivation here.”

Brown was suspended by the NFL for the first eight games of last season for multiple violations of the league’s player conduct policy, including the moving truck incident. He signed with the Bucs in October and caught 45 passes for 483 yards and four touchdowns during the rest of the regular season. He added eight more catches (including two touchdowns) during the playoffs. Brown re-signed with Tampa Bay two weeks ago on a one-year deal worth up to $6.5 million.