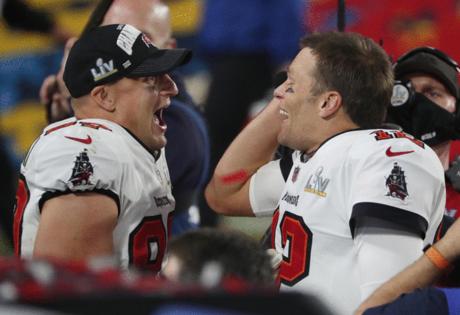 LOS ANGELES — This NFL season will be a mix of the red zone and Twilight Zone, as it’s Tom Brady versus New England, Jared Goff versus the Rams, Matthew Stafford versus Detroit, Cam Newton versus Carolina and Sam Darnold versus the New York Jets.

“When we started this process, Drew Brees hadn’t retired yet and Carson Wentz was still an Eagle,” said NFL vice president of broadcasting Onnie Bose, who for the 15th year was part of the team that created the upcoming schedule of games, the latest version of which was released Wednesday evening.

“Whenever we look across the games, particularly when we think about prime-time games or doubleheaders, there is that storyline of a player coming back to play their former team, especially with quarterbacks. We’re definitely cognizant of it. The first chess piece on the board is Tampa Bay-New England.”

But Brady returning to Foxborough in Week 4 on Oct. 3 with his glistening Buccaneers Super Bowl ring is but one of the enticing games on this year’s schedule, which includes the Rams re-cutting the ribbon on SoFi Stadium — this time before actual fans — with a Sunday night opener against Chicago, and the Chargers playing host to Dallas in Week 2.

The Raiders, meanwhile, open their season in Las Vegas on “Monday Night Football” against Baltimore.

Among the elements of the NFL schedule worth noting:

— No escape hatches: Because of the uncertainty surrounding COVID-19, the NFL had to build all kinds of contingencies into last year’s schedule that would allow for games to be rescheduled or canceled. Entire weeks of the season could be moved around, and there was an accordion-like feel to the plan. This year’s schedule wasn’t built that way, and the focus was being more TV-friendly and team-friendly. Planners had to factor an extra week of games, as each team will play 17 over 18 weeks, but the scheduling team took an additional month to work on a challenge that has virtually infinite solutions.

— Aaron on the side of caution: In Week 1, the NFL scheduled Green Bay at New Orleans and Denver at New York Giants in the Sunday afternoon time slot on Fox (1:25 p.m. PDT), giving them both more exposure. Packers-Saints makes a lot of sense, but Broncos-Giants — teams that were a combined 11-21 last season — is more of a head-scratcher.

Except … if disgruntled Green Bay quarterback Aaron Rodgers winds up in Denver. Then putting that game in the national spotlight makes a world of sense.