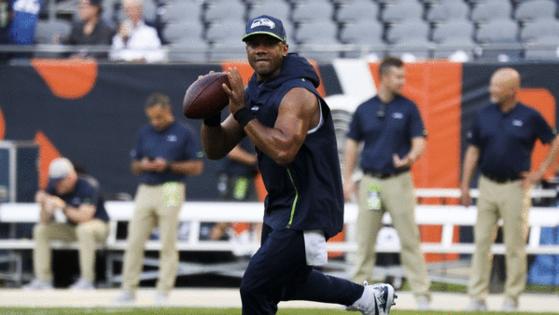 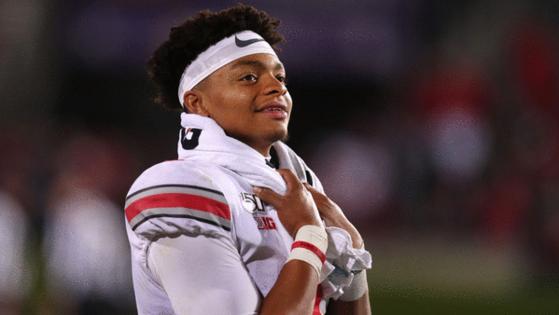 CHICAGO — If the Chicago Bears are headed for a charmed existence with Justin Fields, the moment the Seattle Seahawks said no thanks to a massive trade offer for Russell Wilson could be the best thing that happened to Ryan Pace and Matt Nagy.

We won’t know for some time, maybe multiple years, if Fields is the long-sought answer to the Bears’ decadeslong dilemma: How in the world can they successfully end their search for a franchise quarterback?

Wilson would emphatically have provided the team with a player they could declare “QB1″ without provoking snickers from the masses as happened when the team tagged Andy Dalton as such.

Wilson is a seven-time Pro Bowl selection, has a Super Bowl ring and has won 68.4% of his regular-season starts. But he would have come at a head-spinning cost. The Bears are never going to say what they put on the table, but let’s just say three first-round picks plus more — a cost that would have affected draft classes through 2023.

Had the Bears won the Wilson lottery it would have further complicated a messy salary-cap situation, but they would have had a premier player at a position that has too often been staffed by the bogeyman.

Fields came at a high cost when you review the draft value charts teams use to exchange picks. They gave the New York Giants the 20th overall pick, a fifth-round pick, and first- and fourth-round selections in 2022. The transaction fee, when adding the value of the picks exchanged (the Bears got the 11th overall pick and the Giants pocketed four picks) was equal to the 21st or 22nd overall pick in what was the first-ever trade down in a draft for New York GM Dave Gettleman.

If Fields proves to be a significant upgrade in Nagy’s offense over Mitch Trubisky, whom the Bears traded up to draft second overall in 2017, it will be a steal and Pace will prove he was worthy of a second shot.

So, the question was posed to three front-office executives: Are the Bears better off with Fields than they would have been if the Seahawks had traded them Wilson?

“It’s an interesting exercise and something we do when looking at trading picks, although we haven’t been in that situation considering a trade for a QB like Wilson,” one executive said. “Before you start talking about Fields, the idea is bird in the hand or two in the bush. With Fields, you’re enticed by the rookie contract. Whether they want to admit it or not, there’s some security with drafting another quarterback.

“They bought themselves time especially if Fields flashes. If he has a Justin Herbert-type rookie season, then you’re thinking, ‘Maybe we have something here. This guy is the on the right track. He’s flashing things that are maybe really good.’ If he just does that, there’s a lot of excitement and they may have fixed all the wrongs of the past.

Dozens of former Michigan football players and other students who say they were sexually assaulted by Dr. Robert Anderson will hold a news conference outside Michigan Stadium on Wednesday morning to demand action from the ...Read More

PITTSBURGH — Where is Tom Brady when Le'Veon Bell really needs him?

The Vikings defensive line continued to be reshaped as free agent defensive tackle Sheldon Richardson reached a deal to return to Minnesota.

Richardson, 30, was released by the Browns in April to save salary cap space ...Read More

SEATTLE — When the Seahawks hit the field for mandatory minicamp Tuesday afternoon, safety Jamal Adams was not there, a source confirmed to The Seattle Times.

But a source said the absence is for personal reasons and ...Read More

President Mark Murphy should stop taking public digs at the “complicated fella” playing quarterback for his franchise — as Murphy did last Thursday at an event at ...Read More

Throw an “uncle” or an “auntie” in the front of someone’s name and it is a sign of respect, an homage to wisdom and experience, especially when they’re actually not a relative.