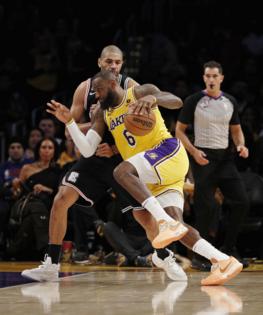 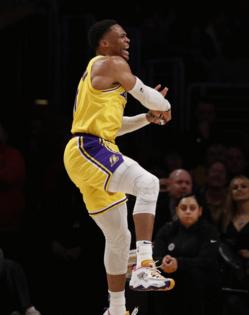 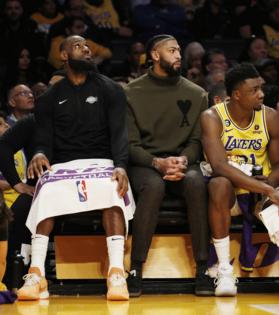 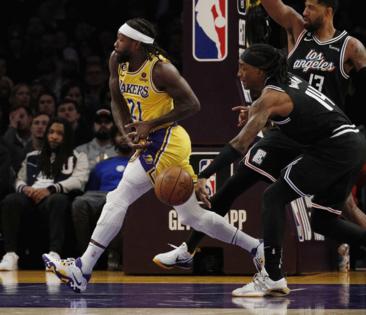 Rob Pelinka sat with Rui Hachimura to his left before Tuesday's game, the Lakers' future the topic of conversation as the general manager introduced his newest acquisition.

Hachimura, the former lottery pick acquired in a trade this week, is set to debut Wednesday, when the team also could get star forward Anthony Davis back for the first time in more than a month.

Austin Reaves cleared an important hurdle earlier by having a full-speed workout, and fellow guard Lonnie Walker IV is considered to be even closer to returning.

Soon, the Lakers will be better.

But nights like Tuesday against the Clippers raise the obvious question: Is better going to be good enough?

Despite entering the night just one game behind the Clippers in the loss column, the Lakers showed that the differences between a team trying to figure it out and a team that's trying to figure out if it has enough were pretty obvious.

By the time coach Darvin Ham gave up on the game, LeBron James sat slumped in a chair on the bench. Russell Westbrook and Dennis Schroder argued. And the Lakers, soon to be beaten 133-115, were soundly defeated.

The Clippers drained 3 after 3 while physically and skillfully dominating the Lakers. In areas they were able to survive against the Memphis Grizzlies and at Portland, the Lakers faltered, James left to do much of the work by himself.

For the first time, James eclipsed the 40-point mark against the Clippers — the last of the 30 teams to hold him under that mark. He did it on a one-handed slam. His next dunk one possession later cut the Clippers' lead to 14 and an assist on the next to Westbrook got the Lakers within 11. After a Paul George drive, James made his career-high ninth 3-point shot to cut the lead to 10. He'd finish with 46 points.

But momentum swung violently back to the Clippers after two Westbrook turnovers helped trigger an 8-0 run that iced the game, ensuring that coach Tyronn Lue would remain undefeated against his in-town competition.

AMES, Iowa — One of the most entertaining, back-and-forth basketball games of the early Big 12 season ended in frustrating fashion for Kansas State.

Iowa State came through with enough clutch plays in the final moments...Read More

The Wildcats walked into Memorial Gym as 5.5-point favorites over Vanderbilt, and they headed home to ...Read More