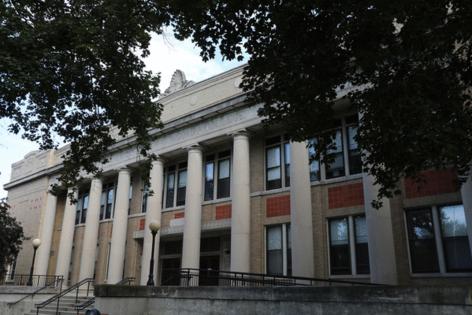 Kollar was temporarily removed from the team when the injuries were announced in early January. He was later reinstated as head coach after a university investigation determined the student-athletes were hospitalized after a particularly hard practice as punishment for players breaking curfew during a road trip.

“University and athletic leadership have continued to receive feedback and gather information beyond the conclusion of CUC’s initial internal inquiry. Significant new information has recently come to light,” Matanyi said.

The team told players’ parents about Kollar’s departure Monday in a short letter. “The University continues to act in the best, long-term interest of the players, team, and athletic program,” it said.

The university was unable to say whether Kollar left or had been fired and did not provide specific details about the new information, citing “confidential employment records.” CBS 2 first reported his departure.

The school’s initial investigation determined a combination of factors — including “an extended break, cross-country travel, rest, hydration and nutrition” — also contributed to the hospitalizations for rhabdomyolysis, a serious condition that involves muscle fibers breaking down and leaking throughout the body and can be caused by physical exertion.

Athletic director Pete Gnan wrote then that Kollar had “the overall support of his team and their parents, many of whom have voluntarily provided affirmation of their support during our recent inquiry,” in a letter to players, their parents and staff.

The team had gotten off to its best start in decades before the injuries, but forfeited several games while players were recovering. The Northern Athletics Collegiate Conference then determined Concordia-Chicago would not be allowed to play its remaining conference games because of the forfeits, Matanyi said.

“The university deeply disagrees with the NACC’s decision and we are disappointed for the incredible young men in our basketball program,” he said.

The decision means the team won’t be able to play in six of its eight remaining scheduled games. The NCAA Division III Cougars are scheduled to play in a nonconference tournament this weekend in Nebraska.

“The team is currently deciding about how they would like the remainder of their season to proceed,” Matanyi said.

Kollar was named NACC coach of the year last year after leading the team to a 15-10 record in his third season. The team tied for the conference’s regular-season title. Assistant coach Rashaan Surles has been named as the new head coach, Matanyi said.