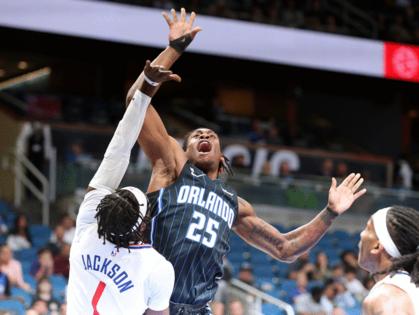 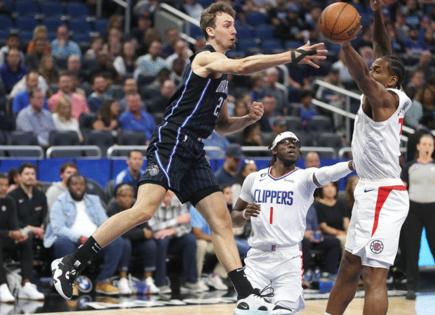 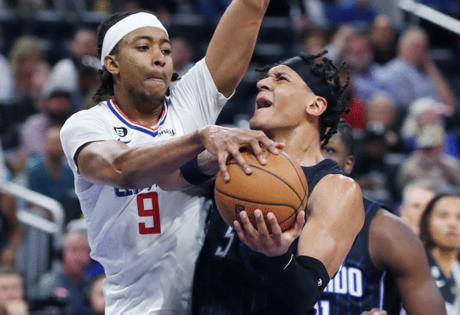 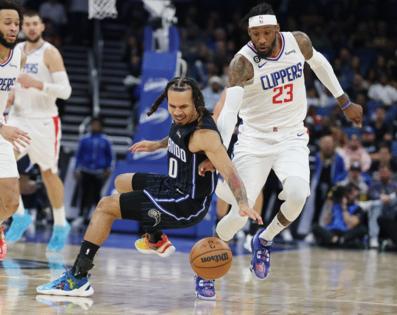 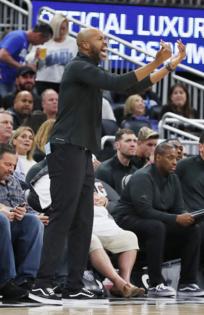 With Paul George and Kawhi Leonard back healthy, the Clippers are putting their pair of All-Stars together as much as possible, hoping it will help them play catch-up with their continuity. Coach Tyronn Lue joked that he is not only tethering their minutes together, he wants them holding hands — where one goes, the other will follow, and with them this franchise’s title ambitions.

But Wednesday, after the Clippers were unable to hold onto an 18-point lead and beat Orlando in regulation, the team’s cautious approach to their playing time following their returns from injury led both to be seated as overtime began after George had played 33 minutes and Leonard 29. Point guard Reggie Jackson did not re-enter the game, either, after 31 minutes.

With Orlando pushing the Clippers’ limit, the Clippers tested Leonard’s, too, re-inserting him into overtime with 1:22 seconds left before he immediately assisted on a go-ahead 3-pointer by Nicolas Batum for a 111-110 lead with 49 seconds remaining in overtime.

It would be their last basket in a 116-111 loss that dropped the Clippers to 14-12 against a lowly Magic team that, limited by their own injuries all season, improved to 6-20.

The Clippers’ final attempts to steal a win ended with botched execution. A five-second inbound call ended their attempt to take the lead with seven seconds left, trailing 112-111. Given a last-gasp effort to tie, Robert Covington attempted to inbound the ball nearly the length of the court to reach a streaking George, who had just checked back in for the play, only the aim was just out of George’s reach, out of bounds.

Leonard scored 14 points with seven rebounds. Terance Mann led the Clippers with 19 points off the bench, invaluable with his nine rebounds, as well.

With George and Leonard taking a seat together, Mann made a corner 3-pointer to seemingly keep Orlando at bay with two minutes left in the third quarter, the Clippers’ lead extended to 75-60.

Yet after that shot, the Magic began a 23-4 run to take their first lead with 10 minutes to play, forcing Lue to take a timeout. It was 85-79 when George entered the game with eight minutes to play while Leonard stayed on the bench, the first time one had played without the other, a decision dictated by Leonard’s minutes limit.

While Leonard waited at the scorer’s table to check in for his final shift, the Clippers took back the lead with a furious three minutes, outscoring Orlando 16-4 on a put-back dunk by Mann, a dunk in the lane by Batum and full-court defense that saw Mann strip Mo Wagner of the ball in front of the Clippers’ bench, some 92 feet from the hoop, flexing as his teammates rose to celebrate the turnover.

One game after returning to the lineup for the first time since straining a calf on Nov. 15, reserve guard Luke Kennard sat out as a precautionary measure, with Lue saying he isn’t currently available to play on consecutive nights. John Wall is still being held out from back-to-backs, as well, while Marcus Morris Sr. missed the game with a non-COVID illness. All three are expected to play Thursday in Miami.