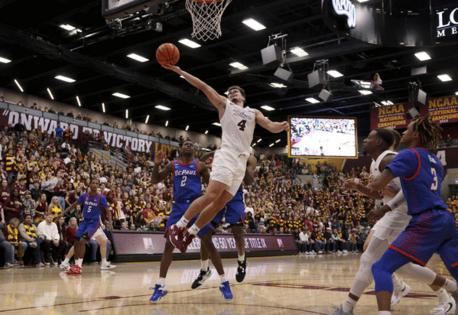 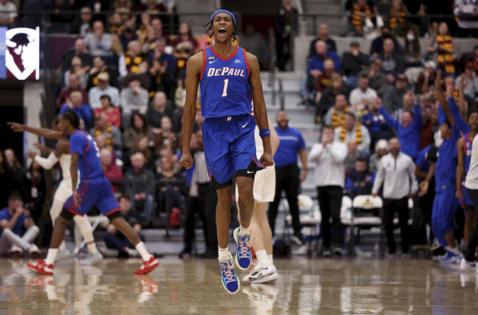 CHICAGO — Next year marks the 100th anniversary of the first men’s basketball game between DePaul and Loyola, a made-for-Chicago rivalry that for years was an annual tradition.

But those days are gone, and after DePaul outlasted Loyola, 78-72, in overtime Saturday in a heart-pounding game at Gentile Arena, Ramblers coach Drew Valentine lamented the fact no game is scheduled for 2023-24.

“Hats off to them, it’s a fun rivalry,” Valentine said. “I hope that we get to continue it. As of now, De Paul, as far as I know, they don’t want to play it. I’m hoping it continues at some point because I think it does a lot for the city, and obviously I think our programs are at a very close level.

“It’d be big time. There’s no way that you can tell me that this doesn’t mean something for fan bases and alums for both programs.”

The North Side schools have met 57 times over the last 99 years, but there were stretches in which one team or both didn’t want to play for one reason or another. The series resumed last season with a 68-64 Loyola win at Wintrust Arena, and Valentine wasn’t sure why DePaul wouldn’t be amenable to keeping it going.

“These are questions you’d have to ask them,” he said. “Clearly the games are very competitive. It’s not like we’re asking for a bye game. We’re asking for a series. The games are competitive and they’re great for the city. We both like to recruit the city, and so if you win the game you get a little recruiting edge. I don’t know why you wouldn’t want to.”

Saturday’s atmosphere in the sold-out arena in Chicago's Rogers Park neighborhood made it feel like March in December. It even featured an impromptu Taylor Swift singalong from the Loyola student section during overtime. No one left without feeling entertained.

The game had a little bit of everything. DePaul (5-3) bounced back from a 17-point deficit in the first half to force overtime, led by Javan Johnson’s 27 points and 23 from guard Umoja Gibson.

Johnson, an Iowa State transfer who played the entire game, scored the Blue Demons’ first 10 points in overtime, including a pair of 3-pointers that took the last breath from the Ramblers (3-5).

“Javan Johnson didn’t come out for one minute (in) 45 minutes,” DePaul coach Tony Stubblefield said. “I probably could go to jail for that, you know? That just tells you about him as a person. I’m extremely proud of these guys.”