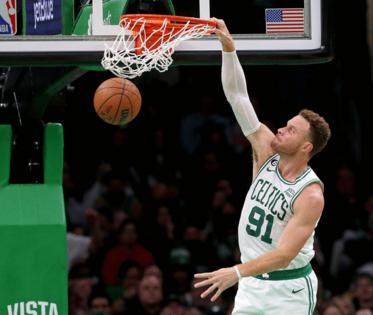 BOSTON — As the Celtics hit the quarter-pole of the season, boasting the NBA’s record and eviscerating seemingly anyone in their path, Jaylen Brown was asked after Sunday’s win over the Wizards to assess where his team is at this stage of the season.

“I think we’re in a good spot, and I think that we still haven’t played our best ball yet,” Brown said.

It’s hard to imagine them playing any better than they are right now.

On Monday night, the Celtics continued to defy logic of their absurd, historic offensive start to the season. A night after they smoked the Wizards without Jayson Tatum, the Celtics didn’t have Brown or Al Horford and it didn’t come close to mattering. Tatum scored 35 points – and didn’t have to play in the third quarter – as the Celtics coasted to a 140-105 victory over the helpless Hornets at TD Garden.

The Hornets were severely depleted – without the services of Terry Rozier, LaMelo Ball and Gordon Hayward – but the Celtics still put on a clinic that was beyond expectations. Marcus Smart scored 22 points and dishes out a career-high 15 assists. The Celtics’ season-high 140 points was aided by 40 assists, the first time they’ve had that many since 2008. They made 24 3-pointers – including six from Smart – and shot 59.1% from the floor, and led by as many as 42.

The Celtics won their 13th game in their last 14, and are continuing to do so in a decisive manner.

“Gino Time” played with five minutes left in the game as the Celtics led by 30, but this rout was never truly in doubt after the first quarter.

Leading 16-10 with 7:17 left in the opening period, the Celtics went on a 27-6 run highlighted by seven 3-pointers as they ran away from the Hornets with ease. The C’s scored 45 points in the first quarter on 73.9% shooting. They even committed six turnovers, but still led by 26, and they never let off the gas.

Other takeaways from the win:

– Without Horford, the Celtics turned to Griffin as the veteran big man made his third start of the season after sitting for five consecutive games. He made it look like he missed no time at all as he made an immediate impact. Griffin won the opening tip before Smart found him for a wide-open 3 at the top of the arc for the first points of the game. A few plays later, he kept a possession alive with a pair of offensive rebounds that led to a 3-pointer for Derrick White.

Then, Griffin made the play of the night in the second quarter. Tatum found White in the lane after being double-teamed, and Griffin crashed in from the corner. With just one defender standing in their way, White threw up a lob for Griffin, who turned back the clock and dunked it with his right hand. The Celtics bench went nuts, and Tatum put his hands in the air. Griffin later threw down another dunk as he scored nine first-half points.

– Smart nearly had a double-double in the first quarter as he scored 10 points and dishes out eight assists.

– Luke Kornet had another big game off the bench as the Celtics’ primary backup big as he finished with nine points on 4-for-4 shooting and eight rebounds in 18 minutes. Smart found him on a few lobs, including one in the third quarter in which he threw it at the rim and it still went down.