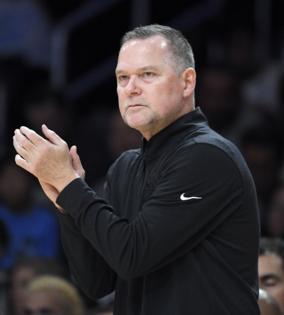 What was once a 19-point lead melted into a double-digit deficit, and still, Denver didn’t quit. On the second night of a back-to-back, without two starters and another key reserve, the Nuggets, behind Aaron Gordon’s 3-point blitz, erased a 15-point fourth-quarter deficit to force overtime.

Once they’d got it that far, Nikola Jokic wasn’t going to let them lose. Denver survived 131-126 thanks to career nights from Bruce Brown and Vlatko Cancar, and a season-high 39 points from Jokic. Gordon, who buried three 3-pointers in the fourth, logged a season-high 30.

While Jamal Murray (return to play conditioning) and Michael Porter Jr. (heel contusion) watched from the bench, Denver outscored the Thunder 11-6 in overtime to improve to 11-7 on the season.

Brown finished with 17 points, 13 rebounds, 10 assists and four steals in 45 minutes of tireless work. The occasion marked his first career triple-double. Bones Hyland wasn’t able to play due to a non-COVID illness, meaning Brown was the only available point guard. Cancar scored a career-high 20 points, with numerous instances of spectacular defense to stymie the Thunder. Despite seven 3-pointers from Isaiah Joe, and 31 points from Shai Gilgeous-Alexander, the Nuggets survived and headed to Los Angeles on a high.

Nuggets coach Michael Malone was so disheartened by the play of the second unit against Detroit, he switched his rotations up in a major way. Though the Nuggets were down Hyland, they found a scoring punch in an unlikely source.

Cancar had 13 points in the first half alone. As he always does, Cancar moved well off the ball and found success at the unselfish hands of Brown. He also canned two first-half 3-pointers, reminding everyone that his 3-point success isn’t dependent on taking half-court shots.

Defensively, his second-quarter chasedown block was among the highlights of the bench unit’s run. Instead of playing DeAndre Jordan, it was Cancar, Zeke Nnaji and Jack White handling the frontcourt, while Christian Braun and Brown slotted into the backcourt to close the first quarter. White, one of Denver’s two-way players, was a force around the rim. He registered back-to-back stuffs that lent credence to the idea that perhaps Jordan isn’t the only rim protector on the roster.

The back-to-back could’ve had something to do with the change, but Malone’s flexibility paid off. Even better, when Cancar trotted off the court during a timeout, Jordan was among the first teammates to greet him.

In the second half, Cancar was just as reliable. Though he might not have been ready to bury the game-winning 3-point look that Jokic fed him as regulation expired, he made so many heady plays that it begs the question whether he deserves more playing time in the future. Whether it was defensive contests or outright blocks, Cancar was an impact player on both ends of the floor. The trust he’s earned is deserved.

What can Brown do for you: The Nuggets signed Brown for just $6.5 million this offseason with a second-year player option. It was one of the most shrewd moves that any contending team made. Brown has been invaluable as Murray works his way back from ACL surgery and as Hyland has battled a spate of recent illnesses.

No matter what situation Malone deploys him, Brown succeeds. He bangs on the glass like he’s a 6-foot-8 forward, he competes on defense, he serves his teammates buckets on a platter, and when you need him to score, he can. His 3-pointer and floater in overtime were each backbreaking shots for Oklahoma City. He plays with a tenacity that permeates the rest of the squad, and his toughness checks a box the Nuggets have lacked for a few seasons.

The unstoppable force: Jokic cited his Peloton for keeping his wind up while he was in quarantine. When he returned against Detroit on Tuesday, his near-triple-double almost willed the Nuggets to a win. Knowing that he’d be without Murray or Porter, Jokic was as aggressive as he’s been all season.

He bullied the Thunder inside, picked apart mismatches and bludgeoned his way to 23 first-half points. Nothing he did was out of the ordinary, except his aggression. Outside of an encouraging 3-pointer from the wing, he lived in the paint and asserted himself. Every time the Nuggets have needed a stabilizing force, he’s been there.

In addition to Jokic’s season-high 39, the reigning MVP tallied 10 rebounds and nine assists. There might be nothing he enjoys more than flirting with a triple-double only to fall one digit short. His 18 free throws suggested the officials might be coming around to his devastating style of play. Back from a bout of COVID, Jokic was in no mood to lose a second straight game to an underwhelming squad. The MVP didn’t let them.

CHARLOTTE, N.C. — Carry-on bags have been an essential part of life for the Charlotte Hornets throughout the season’s first five weeks, a necessity due to the massive number of road games dotting their schedule.