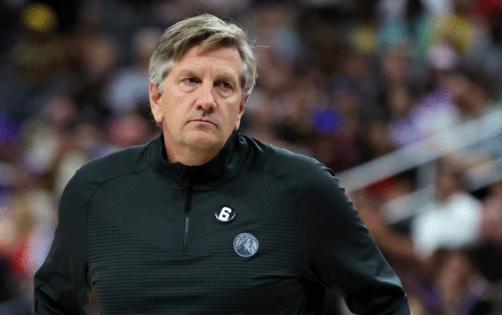 That wasn't the case Wednesday. The Wolves won their fifth straight game, 115-101, over an Indiana team that has had a strong start thanks to one of their best performances of the season.

The Wolves answered every Indiana run, and when they might have given away the lead in other circumstances this season, they answered each surge with one of their own. There were strong performances up and down the starting lineup.

D'Angelo Russell had 15 points and 11 assists while pitching in three steals on the defensive end. Jaden McDaniels helped limit Indiana guard Tyrese Haliburton to just 4-for-15 shooting and 10 points while scoring 18 of his own. Rudy Gobert was active on offense all night with 21 points and he grabbed 16 rebounds. Karl-Anthony Towns had a big third quarter on his way to 23 points while Anthony Edwards had 19.

The Wolves took control of the game after Indiana cut the lead to 72-70 with 4 minutes, 28 seconds left in the third quarter behind Myles Turner (31 points, seven rebounds). Timberwolves coach Chris Finch subbed in Austin Rivers, who saw time because Jordan McLaughlin (left calf strain) was out, and Rivers helped amp up the defensive intensity.

The Wolves outscored the Pacers 15-7 the rest of the quarter as Towns scored 13 in the third.

The Wolves continued that intensity in the fourth quarter and pushed their lead to 101-86 with 7:43 to play.

The first quarter couldn't have started better for the Wolves, who raced out to a 27-10 lead. McDaniels registered three blocks guarding Haliburton to lead the defensive effort while the Wolves got Gobert involved early after his quiet night offensively Monday.

Gobert led them with seven in the quarter while Russell had five assists. The Wolves only ran into trouble when they went into their bench, which was without point guard McLaughlin.

Because of his absence, the offensive ball movement suffered and the Pacers made a run to end the quarter. They scored 11 of the final 13 points to cut the Wolves deficit to 29-21.

The Wolves got careless in the second quarter and gave away the rest of their lead thanks to seven second-quarter turnovers. They had 11 for the first half. The Pacers turned those 11 turnovers into 17 points. That enabled them to come all the way back and take a 46-45 lead. But the Wolves rallied in the final minutes of the second to take a 53-48 lead into halftime.

They'd let Indiana hang around, but they eventually grabbed a hold of the game and wouldn't let it go.

The Star Tribune did not send the writer of this article to the game. This was written using a broadcast, interviews and other material.