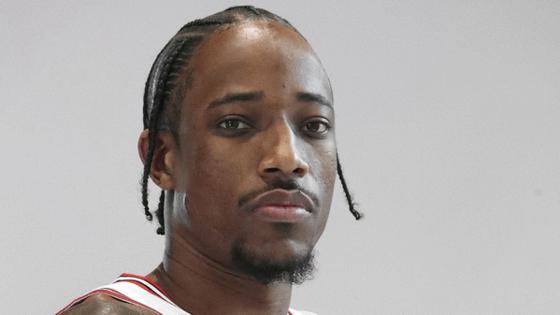 He’s tired of a lot of things. Questions about his toughness. About his fit with Zach LaVine and the Chicago Bulls. About whether he still has enough in the tank to make it another season.

As DeRozan enters his 14th NBA season, he is accustomed to shrugging off those doubts. But that doesn’t mean he’s immune to annoyance.

“It’s like, ‘Damn, what did I do to you all?’ ” DeRozan said with a laugh during Bulls media day last week. “You look at so much stuff like it’s entertainment. You indulge in it, take whatever you want from it. You just make people eat their words and you get the last laugh.

“Because I know nobody understands and knows the amount of work that I put in. I know for a fact that most of the guys in our league don’t work like I do. Just me knowing that part of it, I already know what you’re putting up is BS.”

DeRozan’s 13th season in the league was his best — averaging a career-high 27.9 points, knocking down buzzer-beating shots on back-to-back nights and earning a starting spot in the All-Star Game — and newfound respect in Chicago.

Yet the doubts returned, constant and ever present, the moment the season ended. DeRozan turned 33 in August, seven years older than the average age in the league (26.1). Even after a stellar season, DeRozan was surrounded by questions regarding his age. Was that the peak? Can he get any better at this point in his career?

That’s just another concept that perplexes him.

“Who comes up with that theory?” DeRozan said. “I always wondered that. It ain’t like I’m 48. … It’s not like I’m Kevin Willis out here.”

DeRozan can’t let himself think about slowing down. But he also thinks the concept is preposterous at his age, especially as he joins an elite group of veterans still dominating the league in their mid-30s. DeRozan spent time this summer with fellow veterans Chris Paul and LeBron James, who are finding new layers to their game at 37.