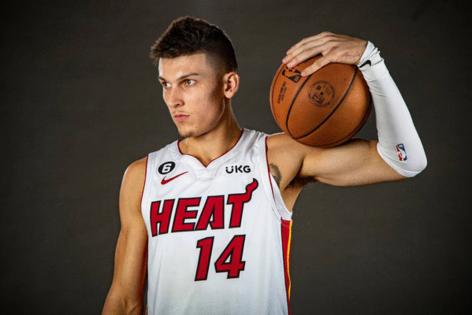 The deal will pay him $120 million guaranteed with another $10 million in incentives, according to two sources.

The extension essentially makes Herro untradable for the next year because of arcane NBA salary cap rules.

The sides had been discussing a potential extension since early July, according to a source.

And the new deal means Herro, 22, will be under contact to the Heat for the next five seasons.

“Tyler is an impact multi-faceted player and we are excited to have him signed for the next five years,” Heat president Pat Riley said in a statement on Sunday evening. “His improvement every year since we drafted him has led to this day. We believe he will continue to get better.”

Herro, who won the NBA’s Sixth Man of the Year award last season, will earn $5.7 million this upcoming season in the final year of his rookie deal.

“I want to be here. I want to be in Miami,” Herro said last week when asked if he hopes to sign an extension with the Heat in the coming weeks.

The Heat and Herro agreed on a contract that will average $30 million a year, plus the potential of $2.5 million per year in incentives.