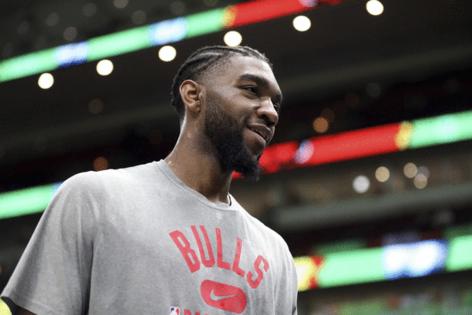 Those early mornings were the payment for a transformative summer with the Chicago Bulls veteran leader.

After Williams had a frustrating season dominated by a left wrist injury, DeRozan knew the young forward needed guidance heading into his third season in Chicago. He set the itinerary for the third-year forward’s offseason: take a trip to Los Angeles and learn how to prepare with the best.

“Even before the season ended last year, I was telling him how important this summer is for him,” DeRozan said. “He didn’t really understand why I was saying it. But coming into his third year, so much experience and understanding of what needs to be done is gained in your first two years. You kind of let it all out going into your third year.”

“Me telling him that wasn’t to put pressure on him. It was more so giving him the comfort of him understanding what he can do on the court.”

DeRozan relished the opportunity to put Williams through hell, grinning slyly any time he was asked about their summer together. Williams wouldn’t give away the full workout — which DeRozan originally developed with Kobe Bryant — but emphasized the daily routine was designed to be grueling.

The pair started with a “tough lift” at 5 a.m. focused on core exercises, taxing their bodies to exhaustion before hitting the court. Their morning workouts often emphasized double- and triple-team drills, replicating game situations with added defenders to force creativity and efficiency in finishing.

“If that wasn’t everything, then he’s different,” Williams said.