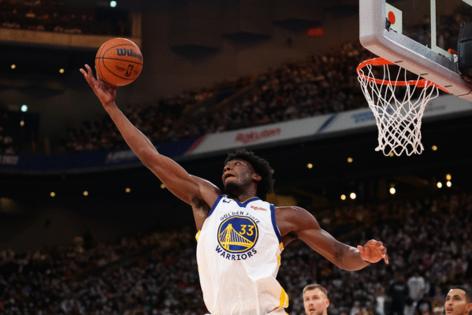 Yes, it was an exhibition, but one could argue that it was the young Warriors center’s best game as a professional.

Wiseman’s 20-point, nine-rebound game was impressive, yes, but he has impressed before in his NBA (and G-League) career.

We have known for a while that Wiseman can be exactly what the Warriors need from the center position: someone who can run the floor, protect the rim, and play above it on the offensive end. We’ve seen it in spurts throughout his career.

The question is, can he consistently be that kind of player?

Or, more specifically, can he stay on the court long enough to establish a baseline as an NBA player?

Injuries aren’t fair, but neither is the NBA. This is the year for Wiseman to prove that he is not only talented but can be trusted on a nightly basis. It’s the final season of guaranteed money on his rookie contract.

The Warriors, always in a luxury tax crunch, wouldn’t think twice about not exercising Wiseman’s fourth-year option should he fail to establish a foothold this season.

The good news for Wiseman is that the Warriors appear keen to provide him with the best opportunity to make an impact.