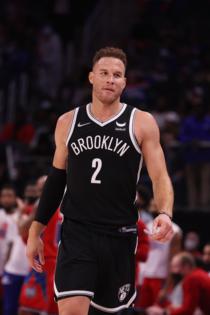 Blake Griffin — once known for his electrifying highlight-reel dunks — is signing with the C’s on a fully guaranteed one-year deal, according to multiple reports on Friday and first by ESPN. The Celtics have not yet announced the deal.

The Celtics began training camp this week already thin in the frontcourt. Danilo Gallinari — signed as a free agent this summer — tore the ACL in his left knee while playing for the Italian national team and is expected to miss most if not all of this season, while starting center Rob Williams is out 2-3 months to start the season after having left knee surgery last week. Because of those injuries, the C’s entered camp with Al Horford and Grant Williams as their only healthy bigs on guaranteed contracts.

Luke Kornet, the 7-foot-2 center who’s one of several bigs in camp on non-guaranteed deals, is expected to make the team in the wake of those injuries and was even seen practicing with the starting unit earlier this week. But he also reportedly caught the injury bug. Kornet is expected to miss 1-2 weeks after suffering an ankle sprain in practice this week, according to The Athletic, which may have accelerated the Celtics’ urgency to add another big man in Griffin. Other bigs in camp include Mfiondu Kabengele, Luka Samanic and Noah Vonleh.

The 33-year-old Griffin is entering his 13th NBA season and was a free agent this offseason after spending last season with the Nets. The No. 1 overall pick by the Clippers in 2009, Griffin is a six-time All-Star and five-time All-NBA selection but is clearly past his prime after dealing with injuries throughout his career.

Still, Griffin is capable of becoming an impact player off the bench for the C’s after accepting that role for the Nets last season, when he averaged 6.4 points and 4.1 rebounds in 17.1 minutes per game. Though his offensive numbers declined last season — including shooting 26.2% from 3, significantly down from his career average — Griffin is still a good defender who can bring energy. The veteran led the NBA with 26 charges drawn last season despite playing just 958 minutes.

The Celtics — who are maxed out with 20 players in camp — will have to cut a player to make room for Griffin on their training camp roster.