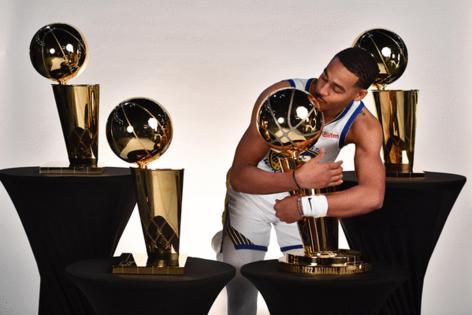 It’s hard to remember a time when the NBA had this much quality and this much parity.

Last year, the Warriors won the title despite having 11-to-1 odds to win it all at the start of the season. But right now, six teams have 10-to-1 odds or shorter to win the NBA title at Fanduel sportsbook. There’s another group of five not-so-far-fetched title contenders just behind them.

It’s anyone’s title to win, but the Warriors have a secret weapon when it comes to repeating as champions:

So many of the Warriors’ top challengers to the throne are entering the season in a state of chaos.

The Celtics’ head coach, Ime Udoka, was suspended for the season by the team earlier this month. The Clippers simply have no idea when or how Kawhi Leonard or Paul George will play. The Nets’ offseason was calamitous, with Kevin Durant’s trade request that was never truly resolved. The Suns’ owner was suspended by the league for the season and then agreed to sell the team, all while their head coach didn’t talk all summer to their aggrieved starting center, who was low-balled by the Suns during contract extension talks. Plus, the Suns’ starting power forward decided he wouldn’t show up to training camp, demanding a rare pre-season trade.

These teams might be more talented than the Warriors — there’s an argument to be had there — but they all carry huge red flags. They’re giving you every reason to bet against them before the season starts.

The Warriors, meanwhile, are cool and collected.

Sure, there were potential issues for the Dubs heading into this season: Draymond Green, Andrew Wiggins, and Jordan Poole are all due for extensions, and particularly with the latter two, raises. The team also lost two key members of their title team — Gary Payton II and Otto Porter Jr. — in free agency, plus top assistant coach Mike Brown, who left to be the Sacramento Kings head coach. And then, there’s the simplest issue: the Warriors’ core veterans just won a fourth, legacy-sealing title and it was justly and commensurately celebrated.

Post-championship hangovers are a real problem, and in the Warriors’ case, that hangover might have been literal.