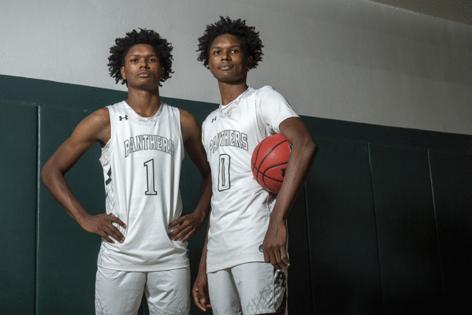 LEXINGTON, Ky. — The second season of the upstart Overtime Elite (OTE) professional basketball league is set to boast several mouthwatering matchups between some of the best high school basketball players in the country.

In addition to Amen and Ausar Thompson, who are projected top picks in next year’s NBA draft, the OTE league features several of the best college basketball recruits in the country, like Naasir Cunningham (who has UK interest) and Bryson Tiller.

Players of this caliber will be facing off against other top prospects like Elliot Cadeau, Isaiah Elohim and Bronny James as the OTE league recently announced improved scheduling changes for the 2022-23 season, including marquee preseason games.

Players like Cunningham, who announced in April that he was joining Overtime Elite, can remain college basketball recruits while playing in the OTE league as long as they forgo a salary to preserve their college eligibility. Cunningham signed with OTE as a scholarship player, becoming the first player to take that route.

OTE players like Cunningham can still make money from name, image and likeness opportunities while retaining their college eligibility.

The upcoming 90-game schedule for Overtime Elite this season also features enhancements like growth from a three-team league to a six-team league (three prep schools from around the country were added), in addition to a highly anticipated preseason tournament featuring Bronny and Bryce James, Cam and Cayden Boozer and five-star Duke commit Jared McCain.

More than two-thirds of the 90 scheduled OTE games this season will be played at OTE Arena in Atlanta, which is part of a more than 100,000 square-foot facility that houses the OTE program.

All 90 games in the 2022-23 season will be shown on YouTube, and if that exposure wasn’t enough, a Pro Day for NBA teams will be held in late October.

The league — which counts Jeff Bezos, Drake and several NBA players among its investors — is continuing to make a move toward reshaping the basketball landscape for young talents seeking departures from traditional college and high school pathways.

“In trying to think about what’s going to set Naas forward — getting better, stronger, and what environment he should be in — that’s where it all started,” Cunningham’s father, Erik, previously told the Herald-Leader about OTE.