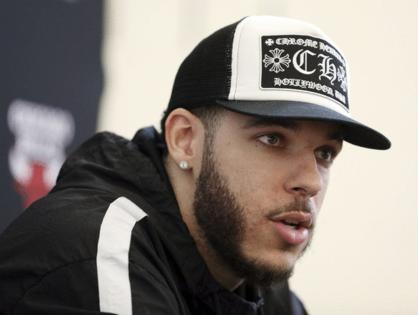 CHICAGO — The Chicago Bulls are optimistic after Lonzo Ball’s latest knee procedure, but expectations are still tempered as the point guard continues a nine-month rehabilitation.

Ball underwent an arthroscopic debridement in his left knee Wednesday in Los Angeles to assess and remove the previously unidentified source of lingering pain following a meniscus injury in January.

Coach Billy Donovan spoke with Bulls medical staff Thursday morning who reported the surgery “went well,” but Ball’s road to recovery is still expected to take several months. In the meantime, the Bulls are forced to prepare for the 2022-23 without their star playmaker.

The previous source of Ball’s pain — which plagued him on a daily basis, including when he attempted to climb stairs at home — wasn’t visible on MRI scans. Despite a “successful” surgery to address the meniscus injury in January, Ball’s mobility remains severely limited whenever he bends his knee between a 30- and 60-degree angle.

Ball hasn’t run at full speed or played basketball since he suffered the injury nine months ago.

“It’s something that I’ve never dealt with,” Ball said during a press conference Tuesday. “Even the doctors are a little surprised about it. We’re all working together to figure this thing out.’’

The Bulls are still awaiting further assessment following Ball’s procedure before the guard will be cleared to return to Chicago for the next stage of his recovery. The team previously announced a 4-6 week rehabilitation window following the procedure, but no stage of Ball’s recovery has followed its predicted schedule.

Ball’s extended absence also deepens the team’s uncertainty for his timeline to return to the starting lineup. After nine months without being able to shoot a basketball, it’s unclear how quickly the point guard will be able to snap back into game shape.

“He’s a good team guy and he clearly makes our team better,” Donovan said. “But let’s say the surgery is a complete success and everything’s great and he’s pain free ... You’ve still got a player who’s been out for nine months. It’s not like in three weeks, if surgery is successful, you can just throw him back out there and play.”