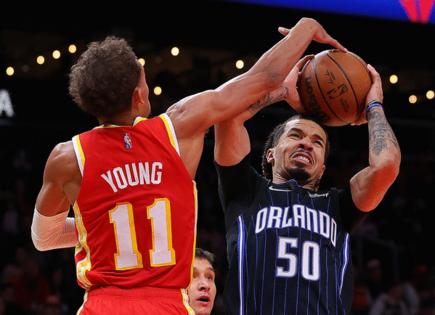 ATLANTA — I’m confident that Trae Young and Dejonte Murray will make it work sharing the ball as Hawks backcourt partners. The Hawks already know how to score. Young and Murray will work out the details on the best way for them to keep the Hawks humming as co-lead guards.

I’m more interested in whether the Hawks can dramatically improve their defense in 2022-23. The Hawks always were at least solid on defense, and often great, during their run of 10 consecutive postseason appearances. They’ve been bad at getting stops since then. Murray is among the new players expected to help change that.

Murray spent six seasons in San Antonio, where coach Gregg Popovich built a defensive machine over 20-plus years. The Spurs had a lot of good defensive players over that time. They also had an expectation that all players, even the not-so-good defenders, would do their best on that end of the floor.

That’s the kind of attitude the Hawks will be looking to develop, starting with training camp this weekend.

“Not all guys can be elite defenders,” Murray said. “But (by) showing effort and just trying, you never know what can happen. I’m going to bring what I learned and what I love, and that’s play defense and try to lead by example.

“I think everybody will buy in. if you want to win, you have no choice but to buy in.”

That’s the bottom line for the Hawks. Get serious about defense, and they’ll have a real chance to be a legitimate championship contender in the Eastern Conference. Continue to be deficient at that end and the Hawks will get what they deserve. Last season, that meant relegation to the postseason play-in tournament followed by a humbling loss to Miami in the first round.

Hawks coach Nate McMillan said the Hawks have the potential to be better on defense with the new mix of players. But the process isn’t as simple as putting better individual defenders on the floor.

“It’s more of a mindset, a commitment,” McMillan said.

The Hawks haven’t developed that with McMillan as coach. They made it to the 2021 East finals while playing only OK defense. That was good enough because Young was great as scorer and playmaker, plus the Hawks faced offensively limited opponents in the first two rounds. The Bucks had little trouble scoring against the Hawks while eliminating them from the conference finals.