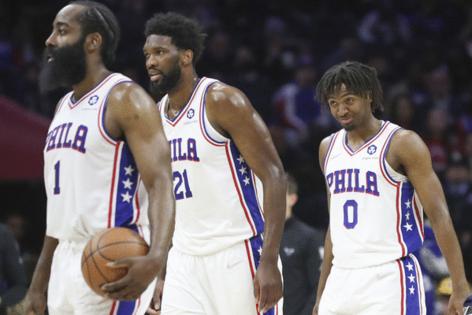 PHILADELPHIA — Monday will be about talking for the Sixers, who will hold their annual media day to unofficially lift the curtain on the 2022-23 season before heading to Charleston for training camp.

That marks one of the first opportunities to ask players, coach Doc Rivers, and president of basketball operations Daryl Morey about the Sixers’ upcoming quest to contend for a championship in a competitive Eastern Conference. They used an active offseason to reshape their supporting cast around MVP runner-up Joel Embiid and perennial All-Star James Harden.

In that spirit, here is one pertinent question facing each Sixers player as the season begins:

Joel Embiid: How will he approach this season?

Embiid has been quite deliberate in his development into one of the NBA’s dominant players. He has implemented off-the-dribble moves inspired by Kobe Bryant. He has been a defensive force in the middle. He has become more of a vocal leader.

Last season, it was clear Embiid wanted to prove his durability, which he believed was the primary outside knock against him. He played in a career-high 68 of 82 regular-season games (nine of those absences were for his being in COVID-19 health and safety protocols) and led the NBA in scoring with 30.6 points per game. That anchored the Sixers as they navigated the Ben Simmons saga and trade-deadline acquisition of Harden.

And yet, unlucky injuries plagued Embiid during the playoffs. He tore a ligament in his thumb in the Sixers’ first-round series against the Toronto Raptors. He continued to play with it stabilized with tape on his hand and wrist. But in the final minutes of Game 6 of that series, Embiid suffered an orbital fracture and concussion when he took a Pascal Siakam inadvertent elbow to the face. He missed Games 1 and 2 of the next round against the Miami Heat, and the Sixers lost the series in six games.

After finishing as the MVP runner-up to the Denver Nuggets’ Nikola Jokic for the second consecutive season, Embiid said he no longer cares about the league’s most prestigious individual award for which he previously campaigned. He will likely say winning a title, and being in top form for the playoffs, will be his sole focus this season.

But what does that look like day-to-day? Does he take more “load management” games during the regular season? Defer more in-game to preserve his energy long-term? Or does he go with another full-throttle approach?

James Harden: Has his explosiveness returned?