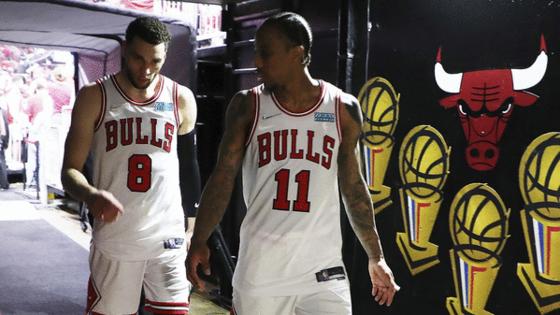 Whether point guard Lonzo Ball will be ready to go is yet to be determined.

Last we heard from Artūras Karnišovas, the Bulls executive vice president of basketball operations, Ball’s rehab from January surgery to repair a torn meniscus in his left knee wasn’t going as smoothly as expected.

“He’s getting better — probably not at the speed that we would like, but he is getting better,” Karnisovas said last month during an NBA TV interview at a Summer League game in Las Vegas. “Hopefully he’s going to be ready for training camp, (but) that’s just our hopes.”

The Bulls will need a healthy Ball if they expect to compete again in the Eastern Conference, but he has yet to play a full season in his five in the NBA with the Los Angeles Lakers, New Orleans Pelicans and Bulls.

A second-half fade and first-round playoff loss in five games to the Milwaukee Bucks left the Bulls with many question marks heading into the offseason. But they made only minor additions — Andre Drummond and Goran Dragić — aside from re-signing Zach LaVine to a five-year, $215.2 million extension, hoping a healthier group can avoid the same ending.

With LaVine and DeMar DeRozan back and Patrick Williams ready to play a full season, the Bulls need to advance further in the playoffs to show they’re progressing. It’s no longer a team that can sneak up on the league.

Here are 10 games to watch.

The home opener will mark the return of LaVine, DeRozan and Co. to the United Center and Dalen Terry’s home debut. Terry, the No. 18 pick in the draft, just turned 20 and is expected to develop into a valuable rotation piece for coach Billy Donovan. Terry averaged only 6.2 shots per game as a sophomore at Arizona, but his defense and athleticism should fit in well in Donovan’s system. Terry will be wearing No. 25, a nod to Steve Kerr and former Chicago high school legend Ben Wilson of Simeon.