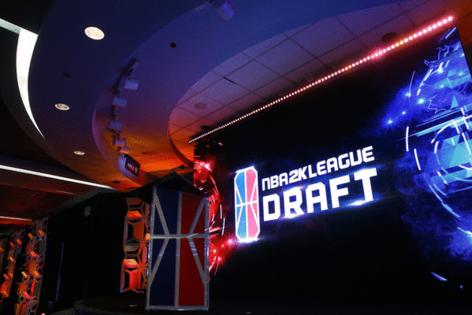 You probably think the Orlando Magic’s most important acquisition of the summer was drafting 6-foot-10, 250-pound power forward Paolo Banchero No. 1 overall out of Duke.

The Magic’s biggest addition is another rookie who stands just 5-foot-10 and weighs 150 pounds but is quickly gaining the reputation as the most lethal weapon in the NBA.

His name is Joshua Hunter, and he simply goes by the name of “Unguardable.”

“In my opinion, Unguardable might be the best scorer in the entire league at this point,” says Magic coach Jonah Edwards.

Bianchi, you idiot, the Magic’s head coach is Jamahl Mosley and there’s no Joshua Hunter even listed on their roster!”

I’m talking about the Orlando Magic’s gaming team, which just advanced into the playoffs for the first time in team history. And they did it after facilitating a massive four-team trade that brought “Unguardable” to the City Beautiful.

Magic fans can only hope Banchero has the immediate impact and proves to be as unguardable as, well, Unguardable. Just like Magic Basketball, Magic Gaming was at the bottom of the league standings — before an immensely talented rookie came to town and changed the outlook of the entire franchise.